The Executive Committee of the National Olympic Committee of Belarus convened for a meeting to approve the roster of the Belarusian sport delegation to the 2nd European Games in Minsk, BelTA learned from the NOC press service.

Team Belarus will include 227 athletes who will compete in 15 sports at the European Games due in Minsk from 21 to 30 June. Athletes have been selected according to the criteria set out by the European sport federations. The Team Belarus roster will be announced later. The participants of the meeting also discussed issues related to the current activities of the National Olympic Committee of Belarus. Ice hockey development strategy reports were presented by Chairman of the Belarusian Ice Hockey Federation Gennady Savilov and Director General of HC Dinamo Minsk Dmitry Baskov. 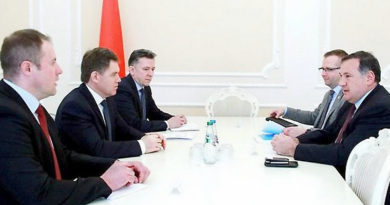