Patients thank the nurses, and doctors cannot imagine the fight against the virus without the professionalism and kindness of their assistants.

Recently, Grodno residents often turn to the editorial office to say «thank you» to doctors: not only doctors, but also nurses — dozens of specific names of those who selflessly fight for the life and health of people with an insidious virus are named. And how will doctors find out, because according to epidemiological rules, staff enter the wards in protective clothing, under which the person cannot be distinguished, and the traditional badge is not provided? I am interested in this in a conversation with Anna Bach, a nurse at the regional clinical infectious diseases hospital, whose work has the highest reviews.

Favorite work, albeit not easy— Every time I go to the red zone, I put on a new protective suit and write on it with a felt-tip pen «Anya». It seems to me that people, when they know you by name, trust more. Although without inscriptions, we, the nurses, are distinguished — by our voice, by our movements. And even more so, as a procedural sister — they see me every day, says Anna.

The day goes to the end, my interlocutor’s working hours are coming to an end. She behaves cheerfully, although her voice is tired. Of course, almost the entire eight-hour shift she spent in protective gear and this at a time when there is no breath on the street.

I can’t even imagine how she holds up, the procedural nurse, manages to inject delicately into a vein when she has a mask on her face and two pairs of protective gloves on her hands.

-At first it was hard, but now we’re used to it,admits Anna and immediately adds: “When you love your job, you can handle everything”.

She decided to choose this profession at school. For career guidance, the class attended different colleges, and she sunk into the soul of the medical colleg. She began to work in an infectious diseases hospital as a nurse on duty. In the first infectious diseases ward before Covid, the majority of patients were children. She tried that the injection for them was like a «bite of a small mosquito.»

The fact that the nurse’s hands were golden was immediately noticed in the department. Not everyone succeeded in taking blood from a vein, putting an IV in the way she did. 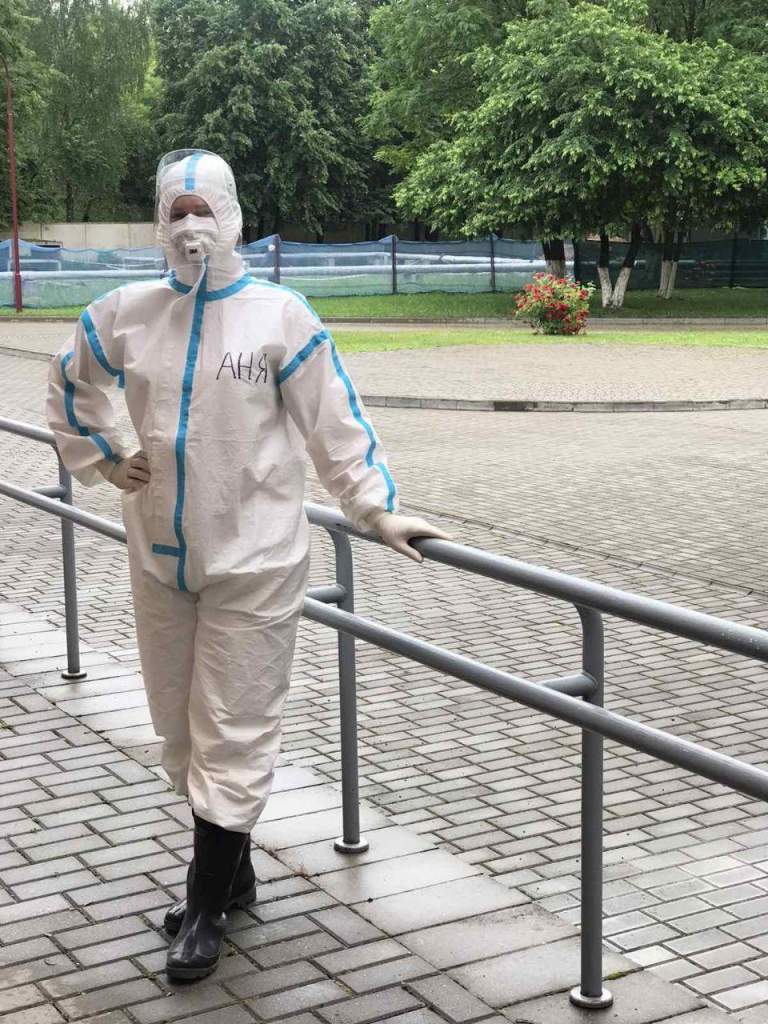 Therefore, they offered to become a procedural sister. Anna has been working in the department for three years. Although, looking at a young nurse, few people believe in it. Think newbie. But opinion changes when she, without exaggeration, masterfully performs all complex procedures.

— Your hospital, and in it your department, was the first in the region to receive patients with Covid. There were no fears?

— There was, of course, anxiety. But to take and leave, even the thought did not arise. It’s like running away from the battlefield. We studied in advance, worked out everything clearly, and when the patients went, they knew what to do, answers Anna. -Yes, and I’m not the only one — there are young, nimble, fast nurses in the nurse’s department. We help each other. In the morning we enter the ward before the doctors, we stay for several hours. Usually my «round» together with the nurse on duty. When alone, the soul is calmer. To see each patient, nothing in their condition is to be overlooked.

— Today it is not a secret for anyone that Covid is cunning and unpredictable, it is clear that patients are nervous and worried. And is it more difficult for the medical staff in such an environment? 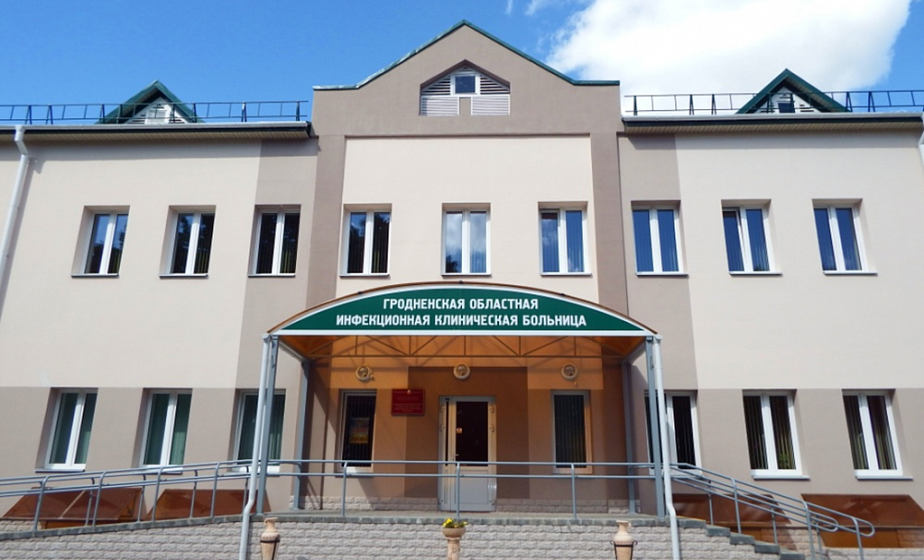 — Maybe in their hearts they are worried, but the majority treats us, as we treat them, as relatives. They sympathize that it is difficult for us to be in overalls for several hours, to change clothes several times, that we risk our health. They complain that they don’t see our faces behind the masks, and then they won’t recognize us when they meet. I tell them it doesn’t matter. The main thing is that they recovered. This is for us, nurses, as well as for doctors, the most important thing …

Oksana Ostrovskaya, the head of the first infectious diseases department, says that “our Anechka” is just a virtuoso in her field. She gives an example of the most complicated procedure. It turns out that with Covid, a very important analysis of blood oxygen saturation is provided, for which blood is needed from an artery. Not even every doctor is capable of performing such a fence. In the department, he is completely trusted by the procedural nurse. According to the head of the department, Anna can serve as an example of how people come to the profession out of love and vocation. 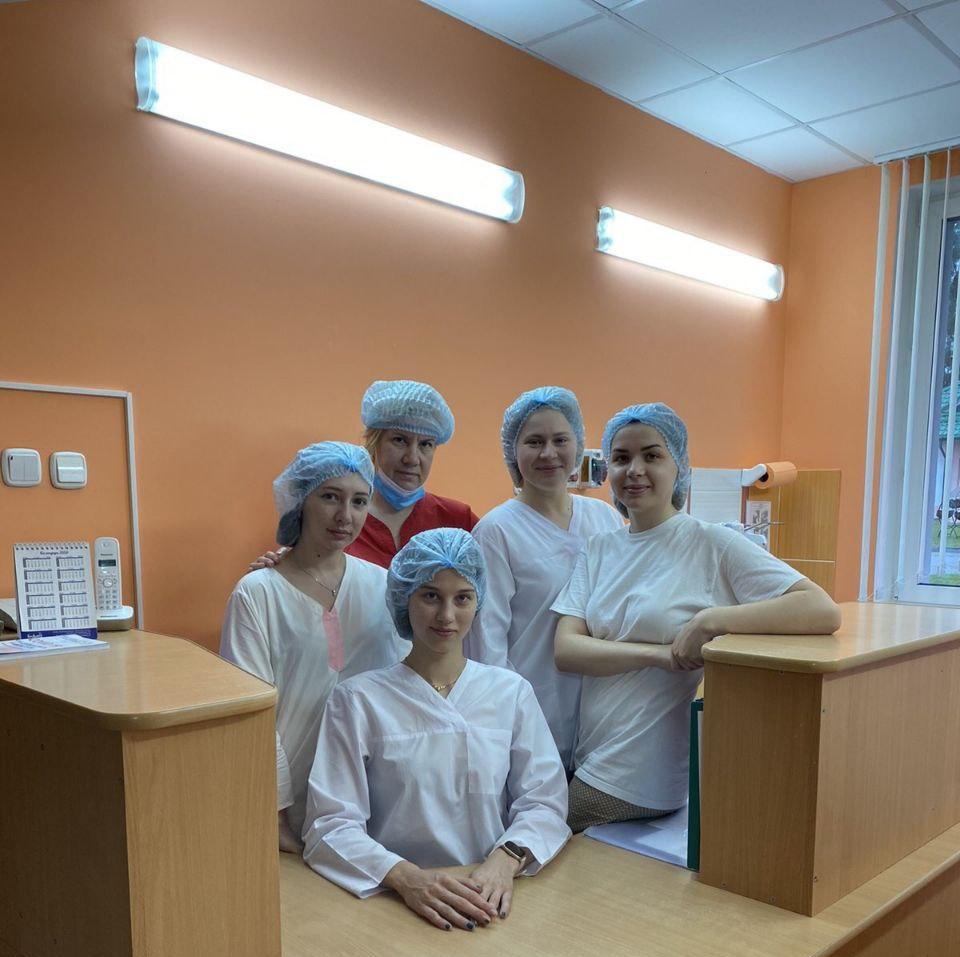 Doctors and nurses — one team

-In general, I am confident in the nurses of our department, says Oksana Ostrovskaya. — Doctors cannot imagine their work without such assistants. In fact, they spend even more time in hospital wards than doctors, a lot depends on how they carry out medical appointments. Our department was the first in the hospital to admit patients with Covid, and now we have the most severe cases. At first, they knew less about the infection, there were more fears for the medical staff, but our department practically all remained in the ranks. I know that many young nurses — and we have the majority of them — were persuaded by their relatives not to take risks. But nobody left. Even those who are at particular risk by age — Galina Vladimirovna Borodyuk and Anna Vladimirovna Zhmailik. I do not get tired of repeating words of gratitude, this is the least that all our nurses deserve.

Oksana Vladimirovna believes that the difficulties have brought the team even more together. Thanks to this unity in the desire to help people and the professionalism of each medical worker in their business, there is no doubt: our medicine will adequately cope with any difficult situation.