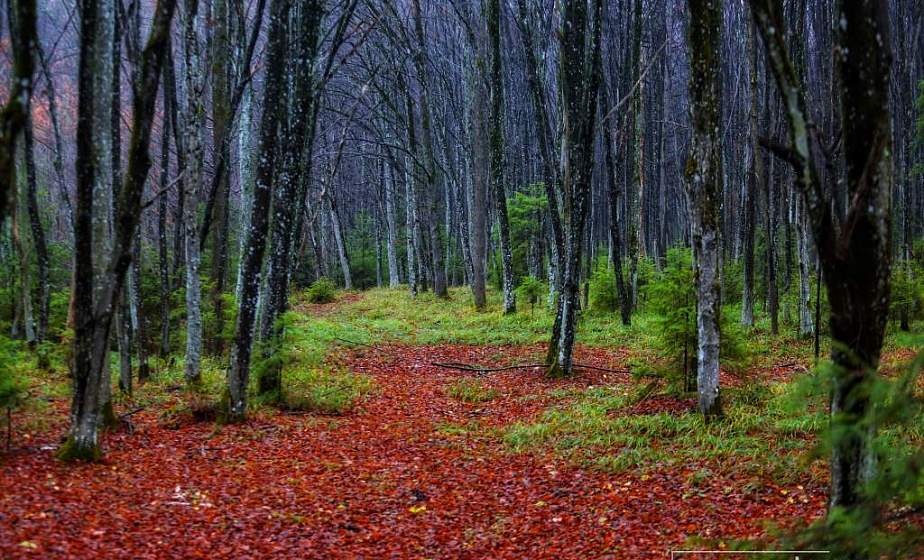 It is only four kilometers away.

A biological reserve of republican significance «Castle Forest» is situated close to the city of Volkovysk. It is only four kilometers away. Perhaps this is the largest forest in the region, which is also refered to as the model of the natural complex of Western Belarus. 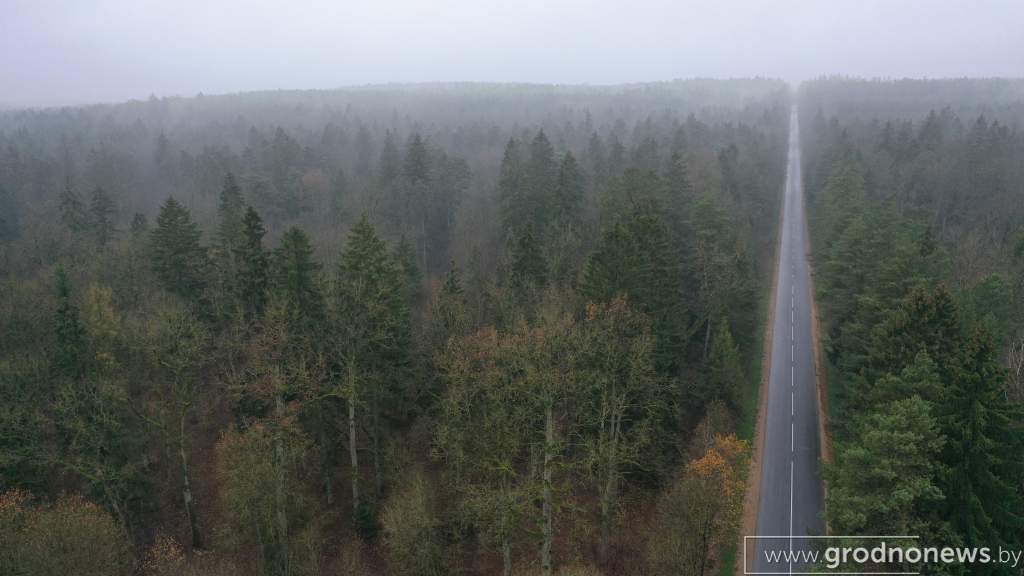 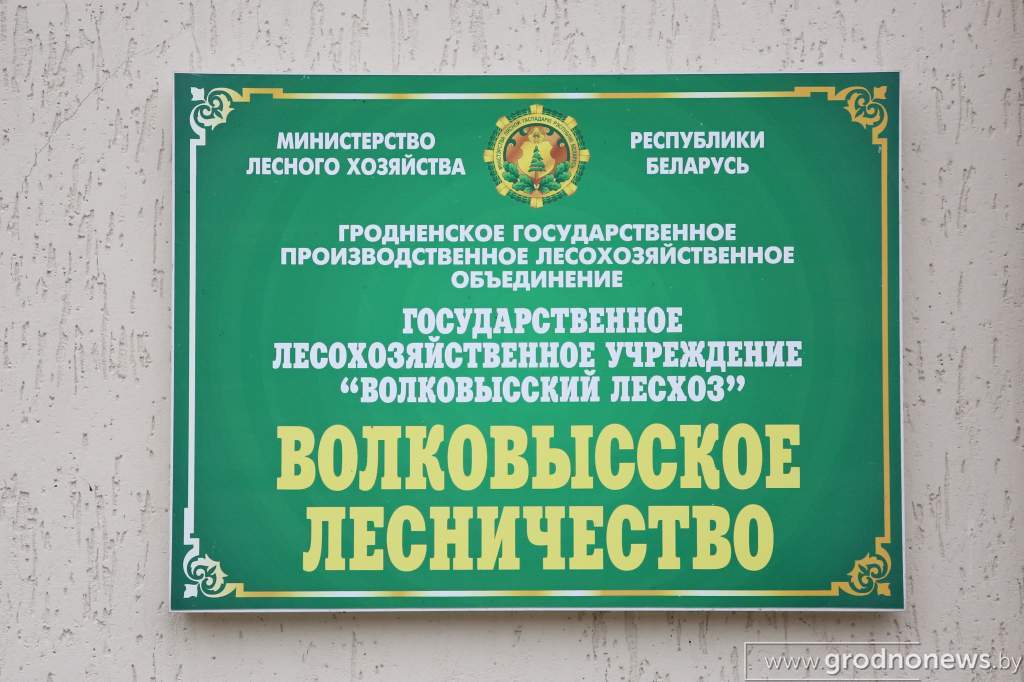 What’s in its name?

Reserve «Castle Forest» was established by the resolution of the Council of Ministers of the Republic of Belarus in May 1998. Its borders went along the edge of the forest, which on its one side approaches Volkovysk, and on the other draws the border between Volkovysk and Zelva districts. The total area of ​​the reserve is relatively small — 3850 hectares. 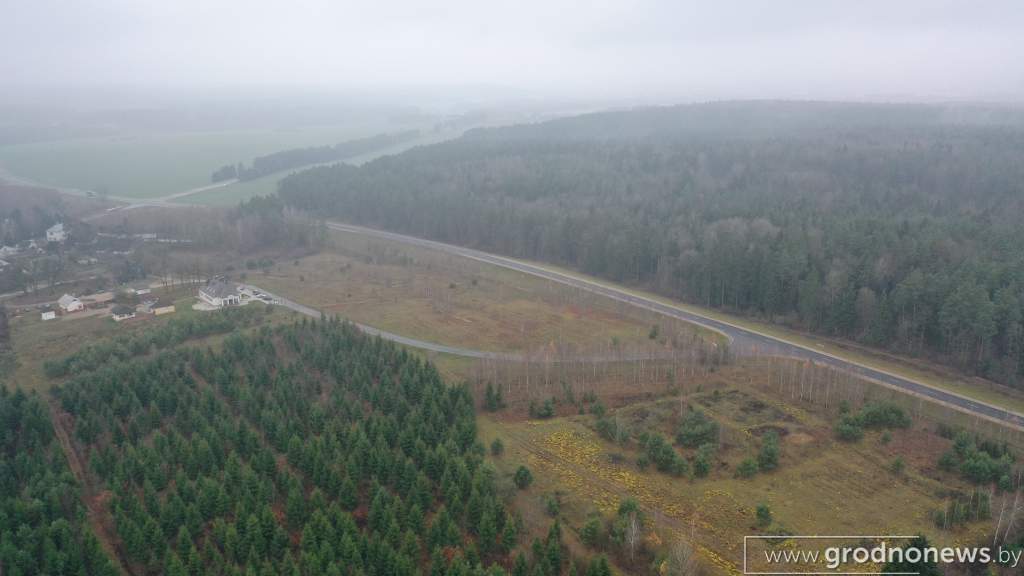 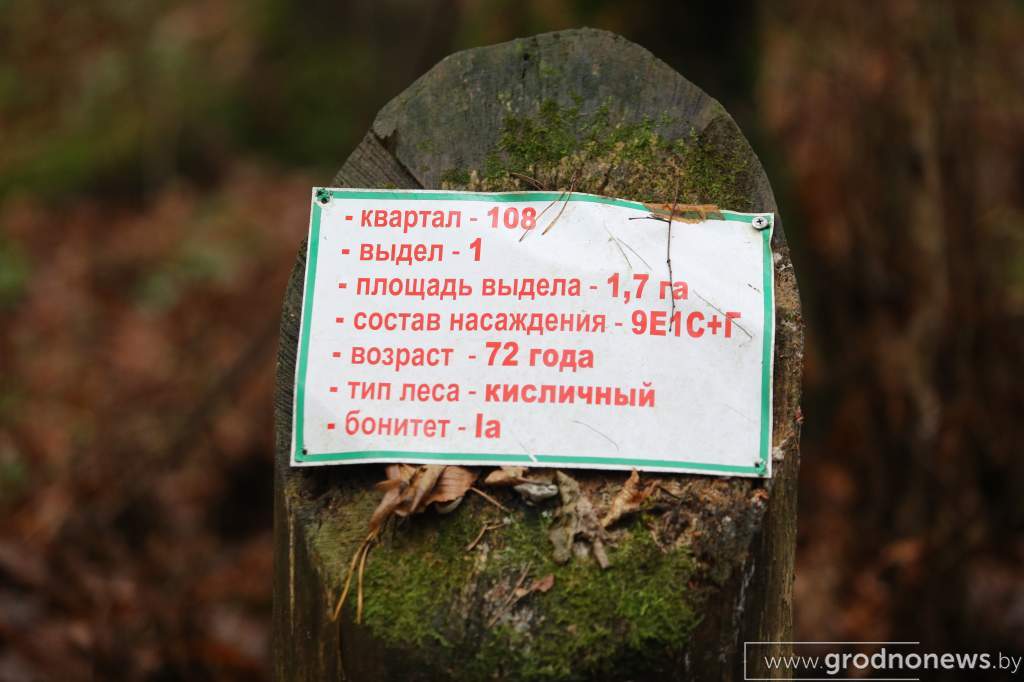 Where did the name of the forest area (and the reserve itself) come from is a mystery. The spokesman of the Volkovysk Military History Museum named after Bagration said that according to one version there once was a castle somewhere here. So the forest that belonged to its owners was named Castle Forest. To tell the truth, any traces of the citadel cannot be found today.

There is another version. The name “Castle” is a sign of the highest quality of the forest, its elite species as to its composition and age. However, these versions do not contradict each other: it is logical that the best forest in the region belonged to noble people. 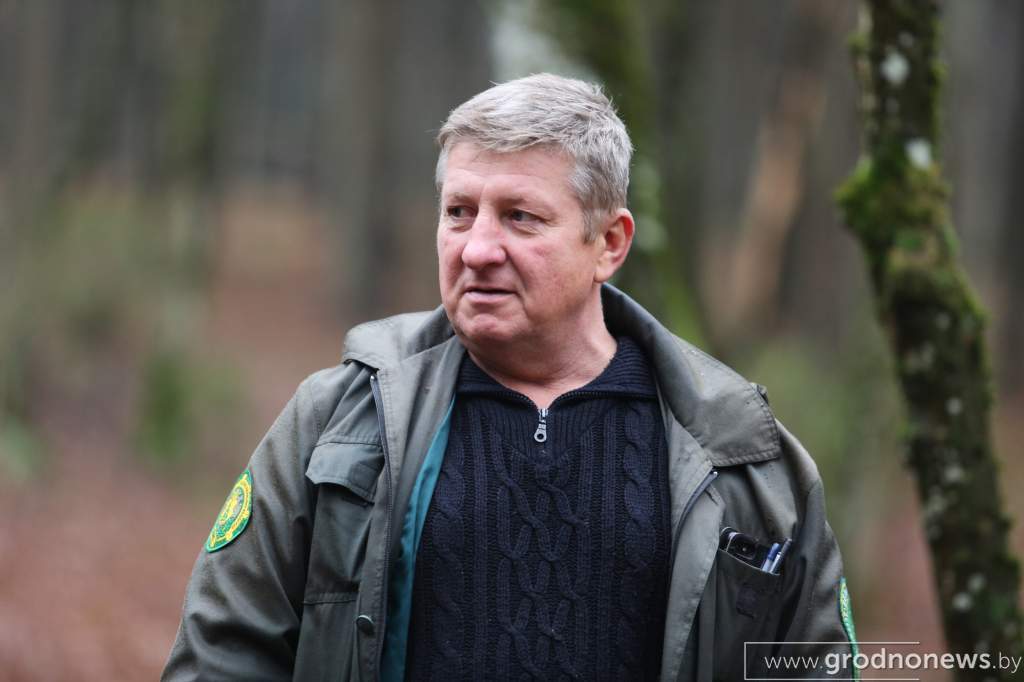 “During the First World War, a narrow-gauge railway was laid through the Castle Forest. Timber was harvested here and transported to the west. It was of good quality, quite mature”, the forester of the Volkovysk forestry Stanislav Goroshchik said. “Later the railway was dismantled, today only an embankment remained in some places.”Red oaks and hornbeam groves

More than 90 percent of the territory of the reserve is forest. A third of it is occupied by oak forests. The main attraction here is the “Tsar Oak”, as the locals call it. More than 400 years ago it appeared from the earth as a timid sprout. And today it is almost a giant, over 30 meters in height and over 170 centimeters in trunk diameter. The main tourist ecological trail of the reserve leads to it. The two-kilometer trail is perfect for a leisurely walk through the forest. 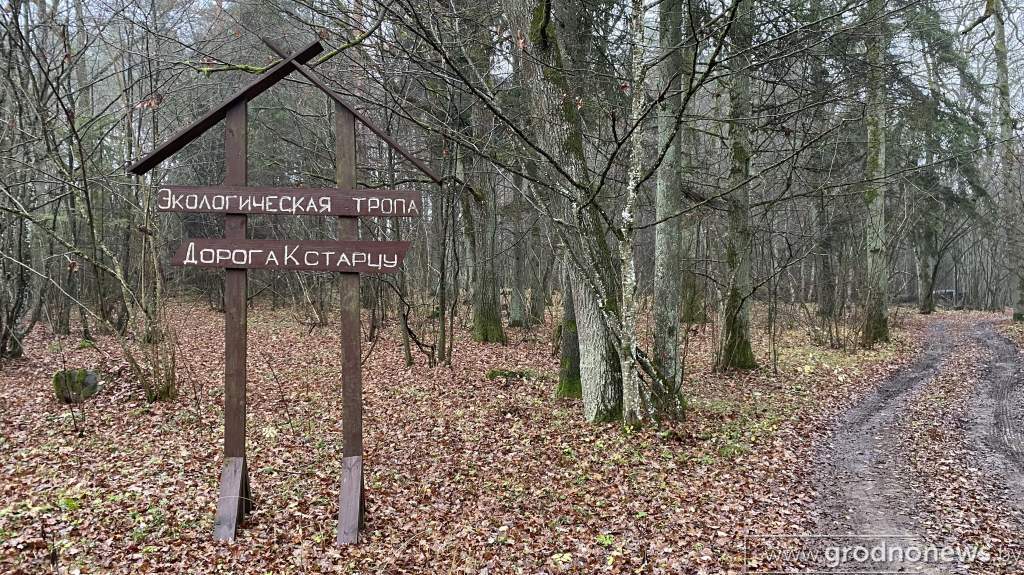 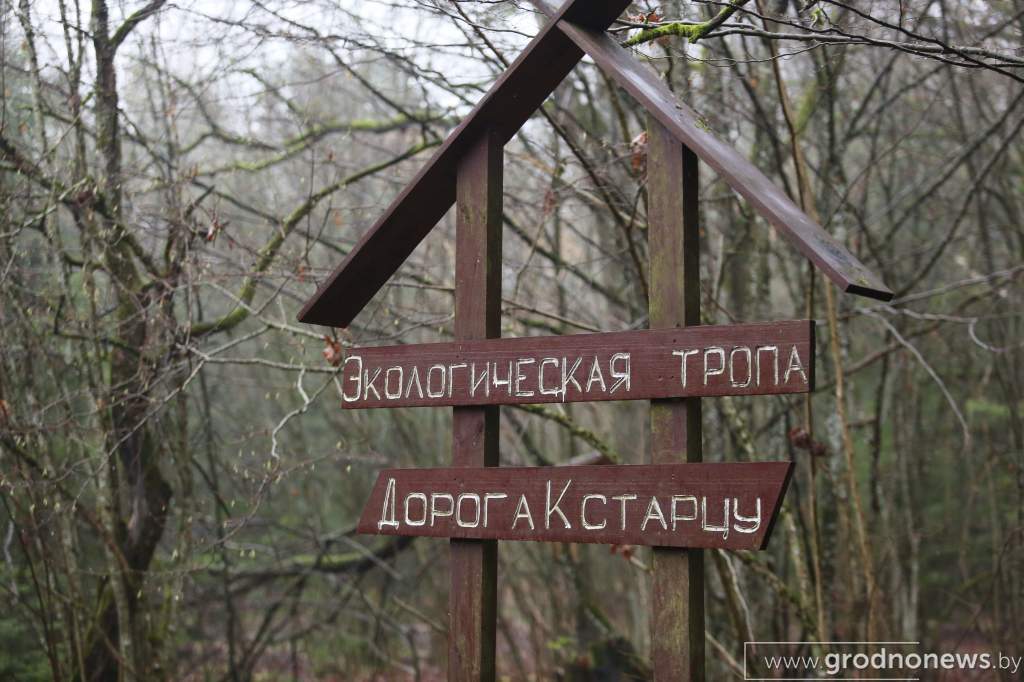 On the way, tourists will come across oak groves more than once. In addition to the pedunculate oak familiar to the eye, you can see the red oak here. Local residents call it «Napoleonic», as well as the road along which the French army passed two centuries ago. It is said that it was the French who brought and planted the first red oak trees on our lands. Gradually it has spread. 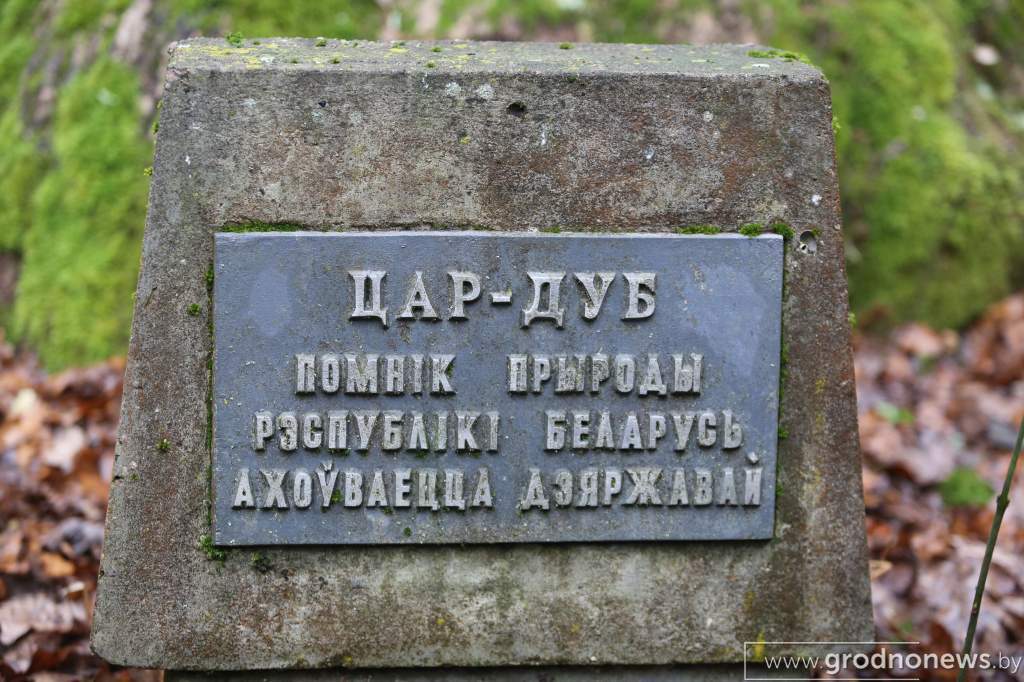 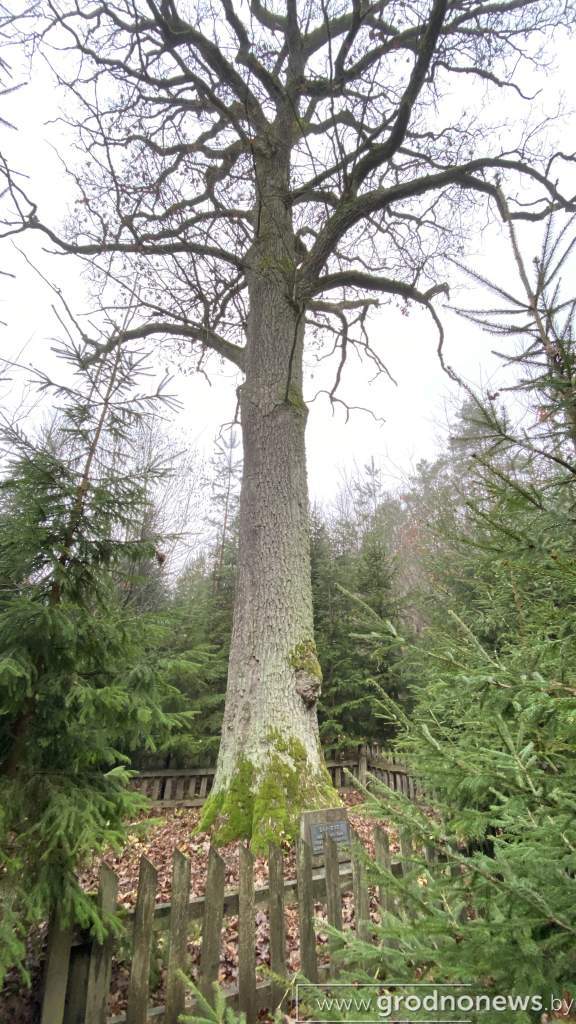 On the way to the «Tsar-Oak» tourists will pass a hornbeam grove. The special shape of the crown of these trees, stretched upwards, is perfectly visible in autumn and winter, when all the leaves fall. In winter there is a lot of light in such a forest. In summer it is pleasantly cool. 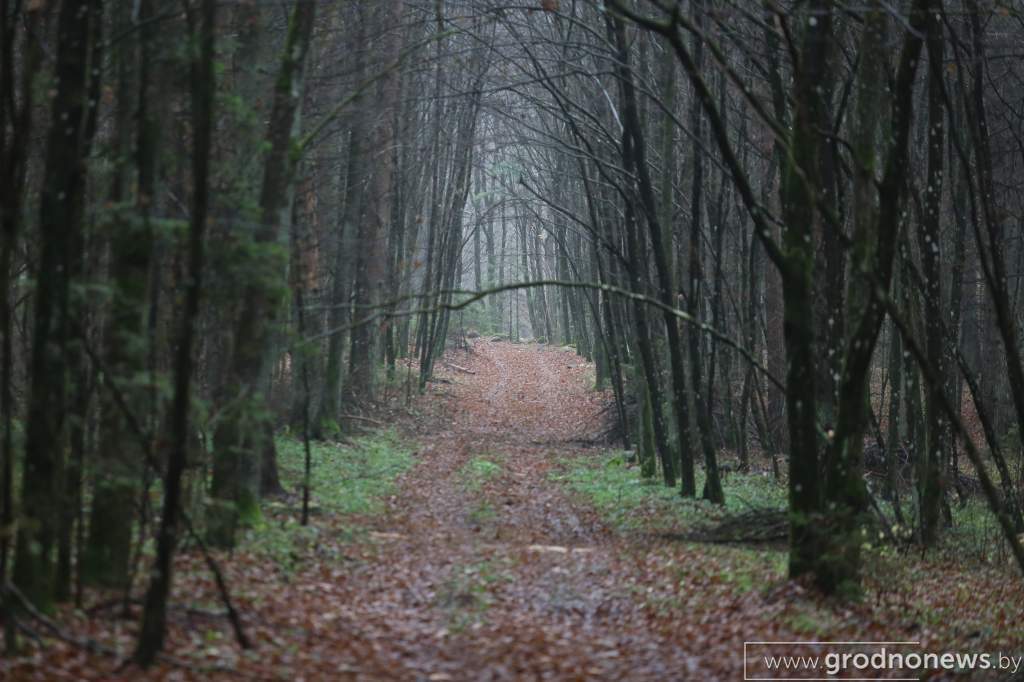 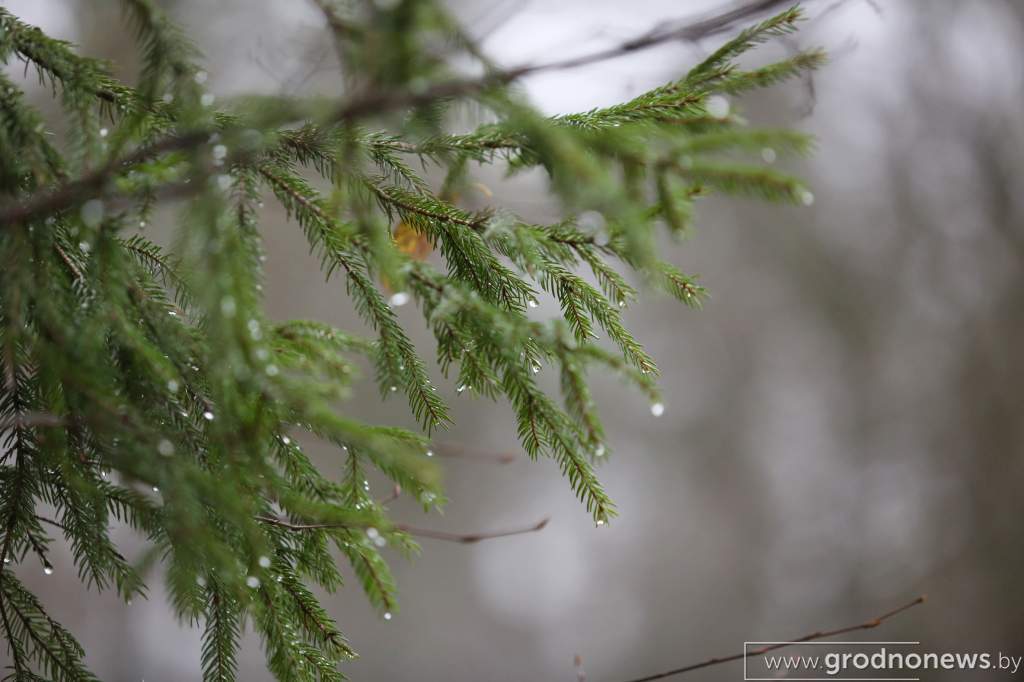 By the way, the groves which consist of hornbeam only are rare in our area. After all, this area is almost the northeastern limit of the spreading of the species. In other words, in warmer latitudes, hornbeam is common, and it is less common in the north.

“The forest changes over time. This is a natural process: some trees grow old and die, others break through and grow”, says Stanislav Goroshchik. “This process is influenced by the climate. Conifers gradually retreat to the north, and new breeds come to replace them from the south. In nature, you can find ash, oaks, lindens more often now. Hornbeam is also a «southern species». 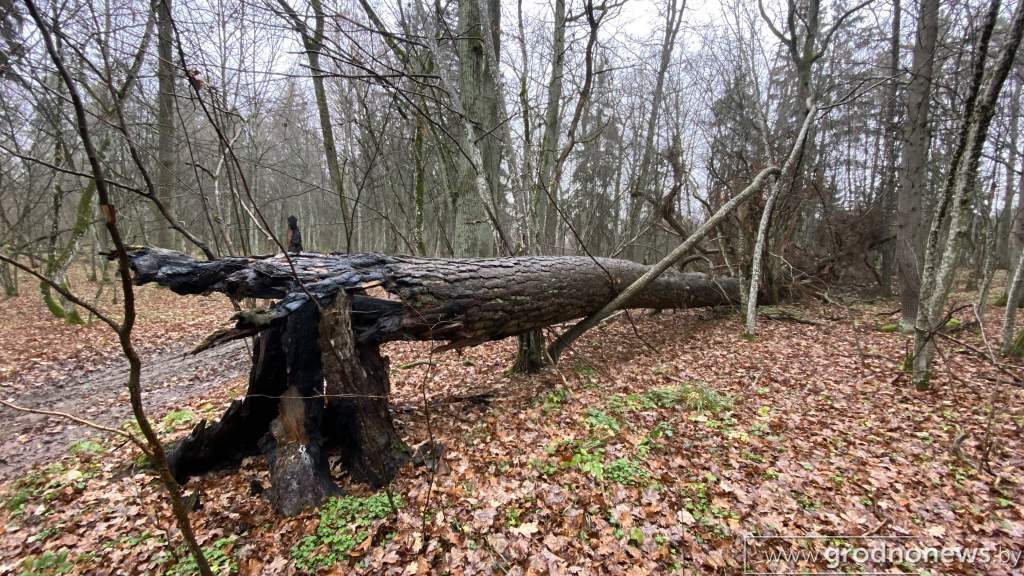 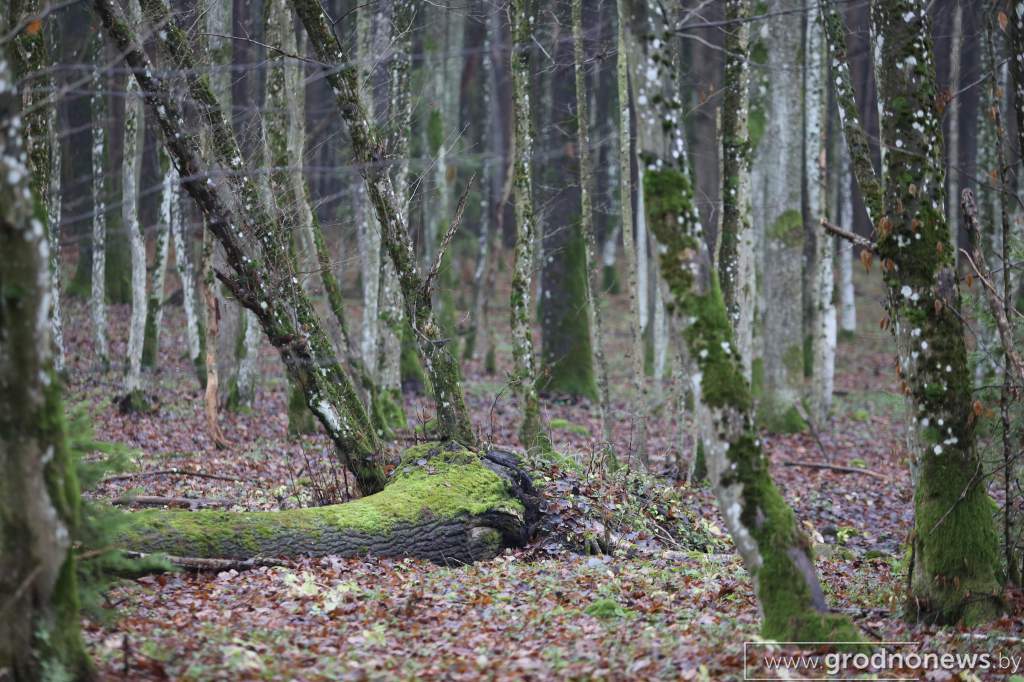 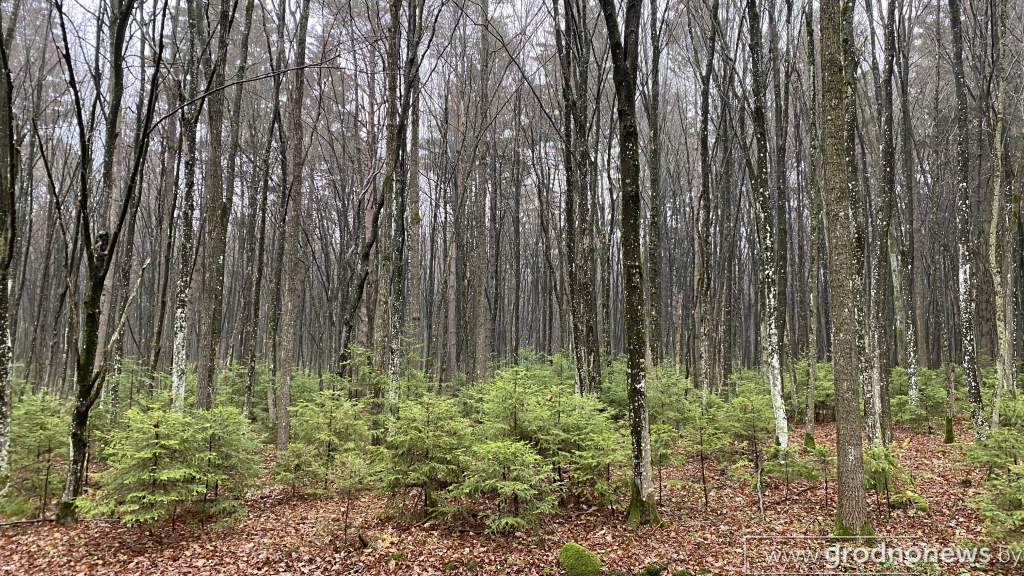 17 species of higher plants grow on the territory of the reserve. There have been identified habitats of 9 species of animals which are subject to protection in accordance with national legislation. Every year, specialists from the Academy of Sciences come here, do their research, and issue security obligations for the species included in the Red Book. Among such plants we can mention the common ram, the forest anemone, the basil beetle and many others. Astrantia Major, for example, is most often found in the mountainous regions of Central Europe. Two localities are known in Belarus: in Belovezhskaya Pushcha and in the Castle Forest. Also in the reserve in May and June you can see blooming wild irises, or Siberian Iris.

If you ask about especially valuable species, the staff of the forestry enterprise will first of all mention the Melittis. It is also known as forest balm, forest tobacco, bastard balm, apiary and others. It is not by chance that it is called an apiary: the flowers exude a pronounced honey smell, which, of course, attracts insects to them. The Melittis is a valuable medicinal, melliferous and ornamental plant. In traditional medicine, it is believed to help with ulcers, liver and heart diseases. It is also used to flavor drinks, such as tea. 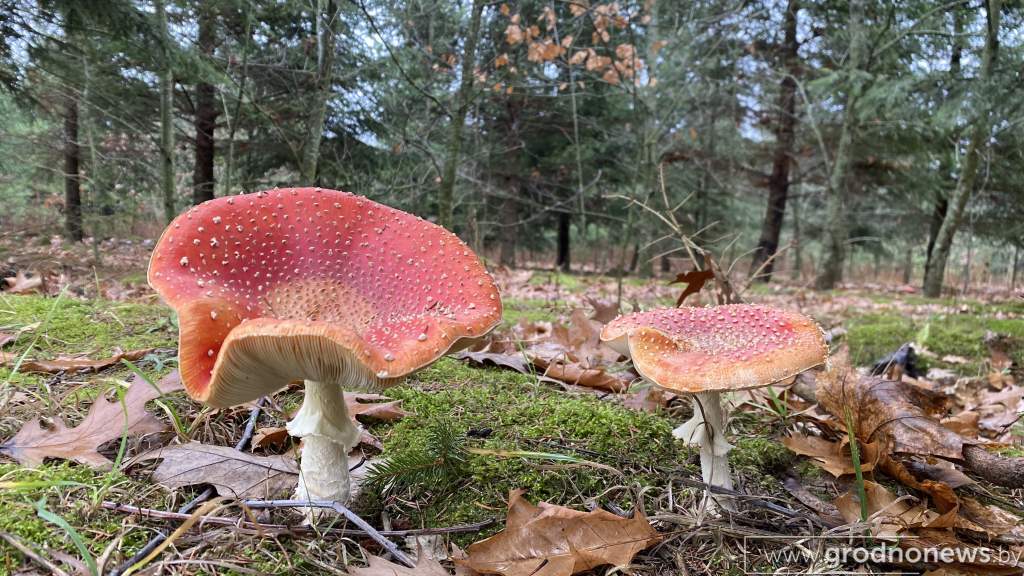 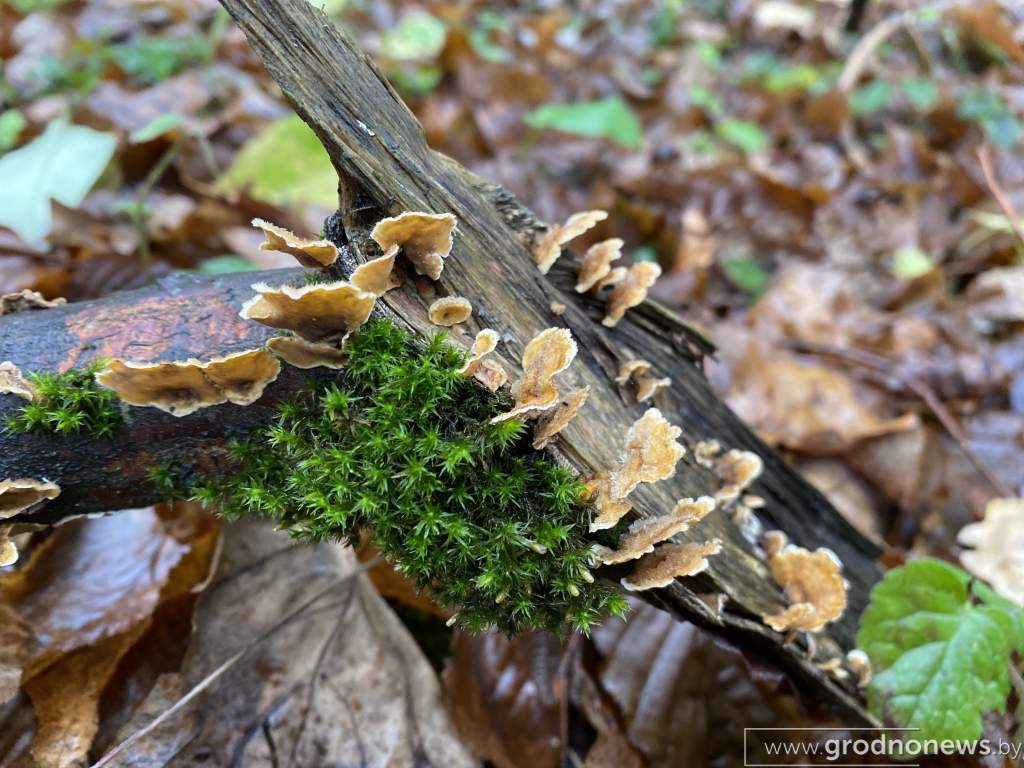 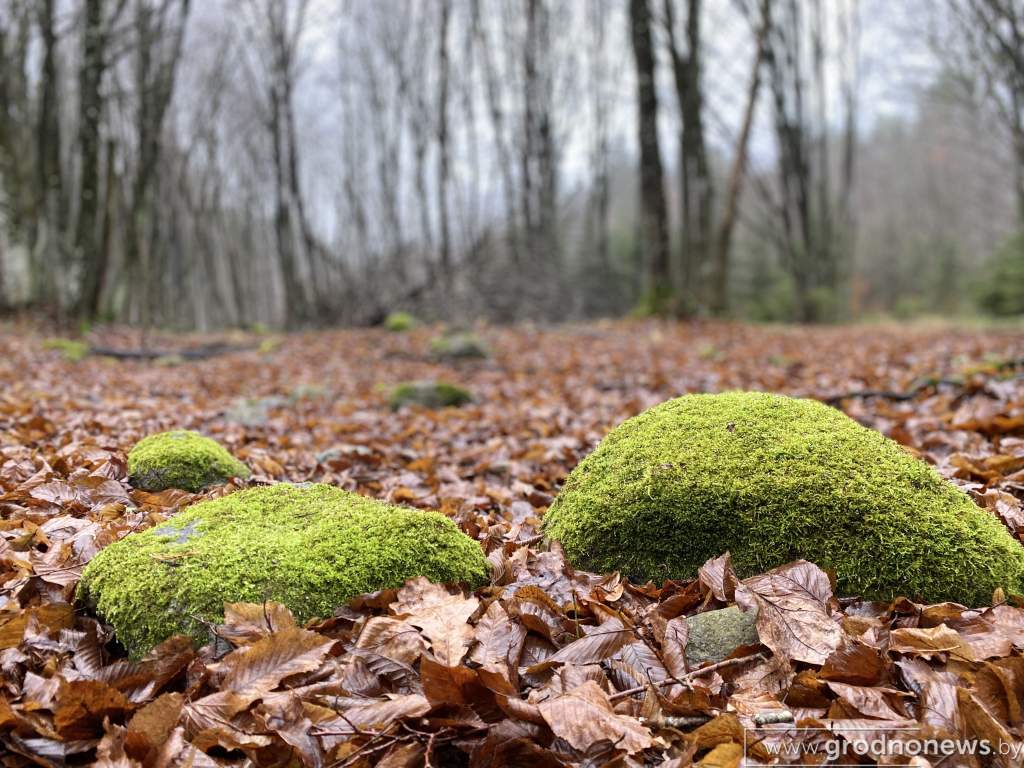 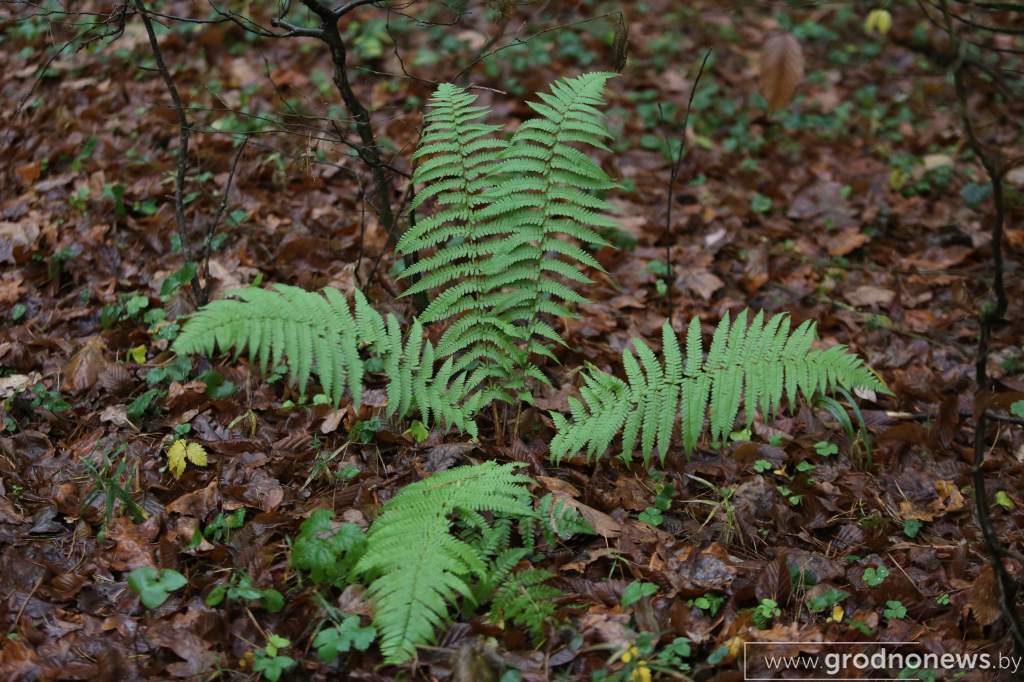 If we talk about the fauna of the reserve, almost three dozen mammals live here, including two species, badger and lynx, included in the Red Book of Belarus. Elk, deer, goat, wild boar, hare are the most widely spread here.

What concerns birds, large predator birds are the most spectacular. They are the buzzard, European honey buzzard, goshawk. Among smaller ones we can mention sparrowhawk, hobby, kestrel, black stork, gray owl and long-eared owl. 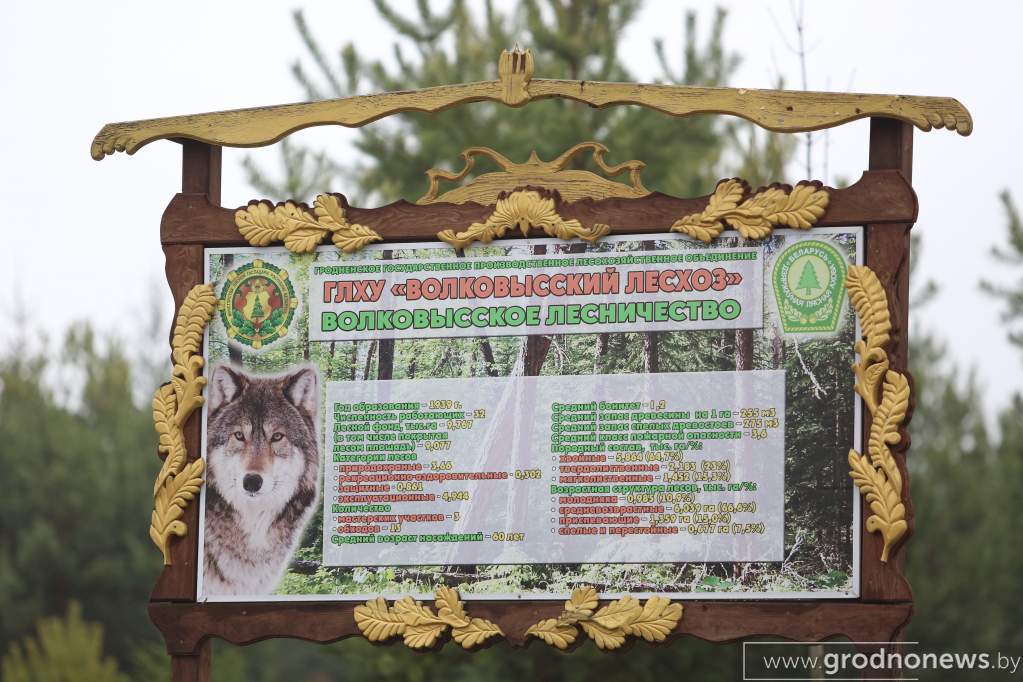 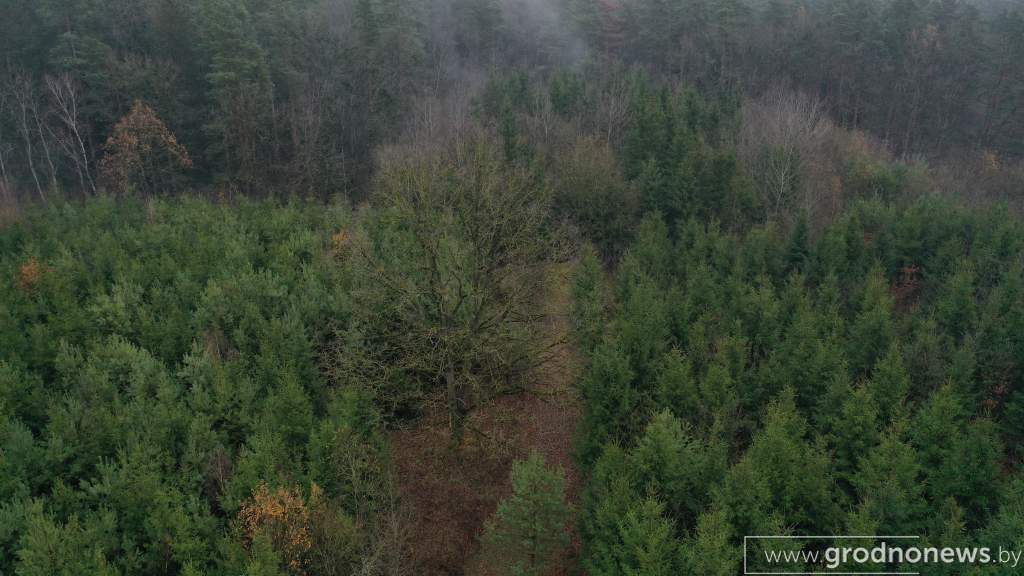 Sorrow and memory of Shaulichi

The history of the Castle Forest is closely intertwined with the tragedy of one of the villages that once was situated at the very edge of the forest, and today has become a place of memory of the terrible war of the last century. It is Shaulichi, which became “a twin” of Khatyn.

On July 6, 1943, a German medical officer was killed near the village. The fascists did not even look into the case, just accused the local residents of helping the partisans. The next day, at dawn, the village and the surrounding farms were surrounded by punishers. Residents of Shaulichi were shot, and then all houses and buildings were burned. People say the village was burning the whole day. And the ground after the punitive operation moved for several few days.

Shaulichi was never rebuilt as a settlement. On the site of the village there is a memorial complex with symbolic log houses, a bell and a mass grave of the victims of fascism.

From the forest to the arboretum

The forest has always been the breadwinner. It provided with not only mushrooms, berries and wood for construction. Resin, turpentine, tar were mined here. And gradually a settlement for workers appeared and grew here, which became the village of Zamkova. 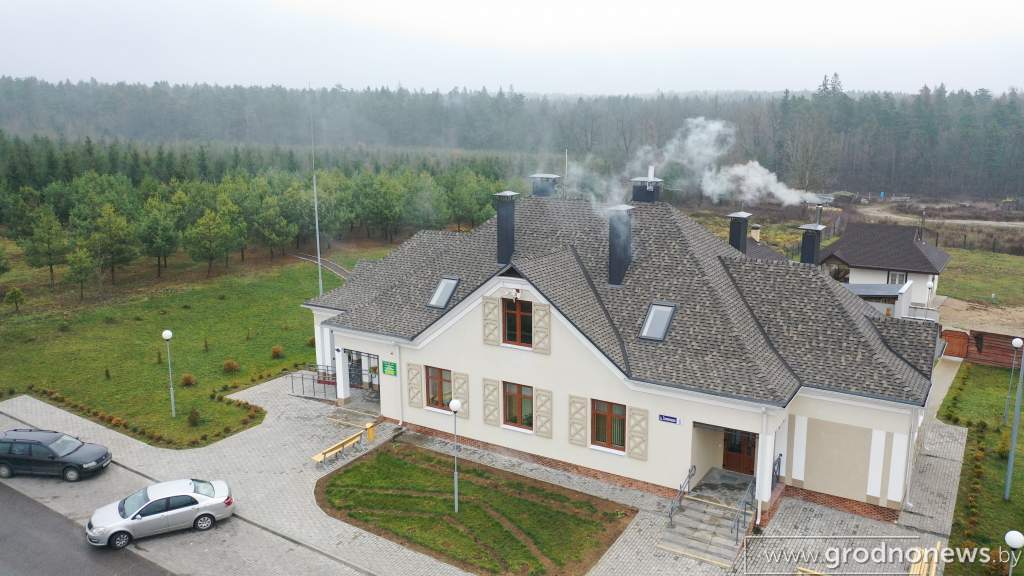 Thirty years ago there was a pine cone dryer in Zamkova. And it was quite large: pine and spruce cones were brought here from other forestries. Modern workers can remember that when they closed the dryer, there was a problem with what to do with the building. They decided to turn it into a change house. When they started to work, they found acorns in the ground about half a meter deep. People did not notice that acorns warmed up in the sun and saturated with moisture began to germinate although they had lain in the ground for more than a decade. Later the workers planted them.

Today a new forestry building is located in Zamkovaya, which is next to the hunting complex. However, not only hunters, who stop here on their way to hunting grounds, love it.

“There is everything for a solitary and comfortable outdoor recreation here. In the yard there is a bathhouse, a covered gazebo. There are three double rooms for those who want to stay overnight”, the director of the State Forestry Institution «Volkovysk forestry» Vitaly Bely says. “And everything is environmentally friendly: carved wooden furniture, natural materials. Even the panels remind of the richness of the natural and plant world of the reserve.’ 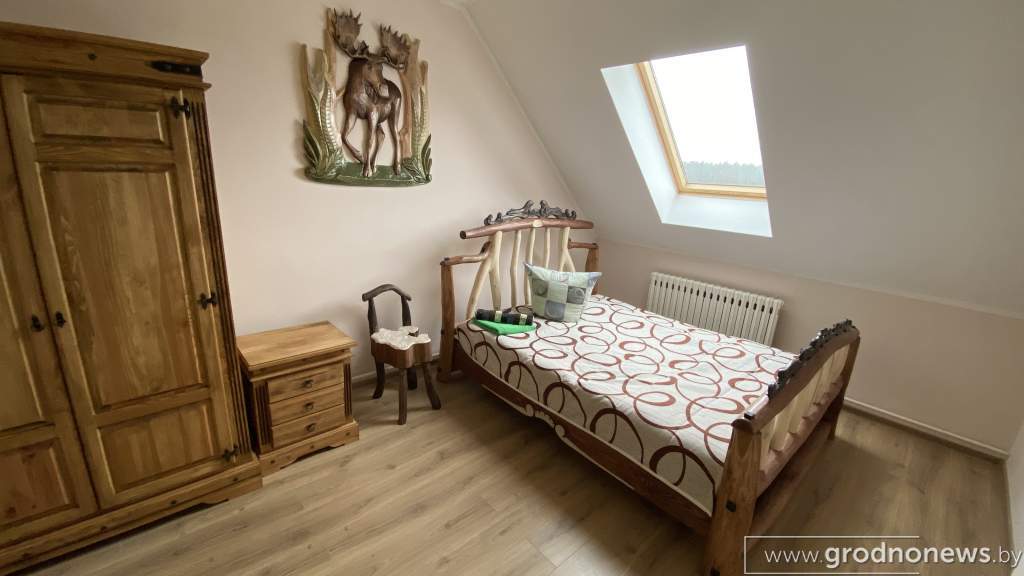 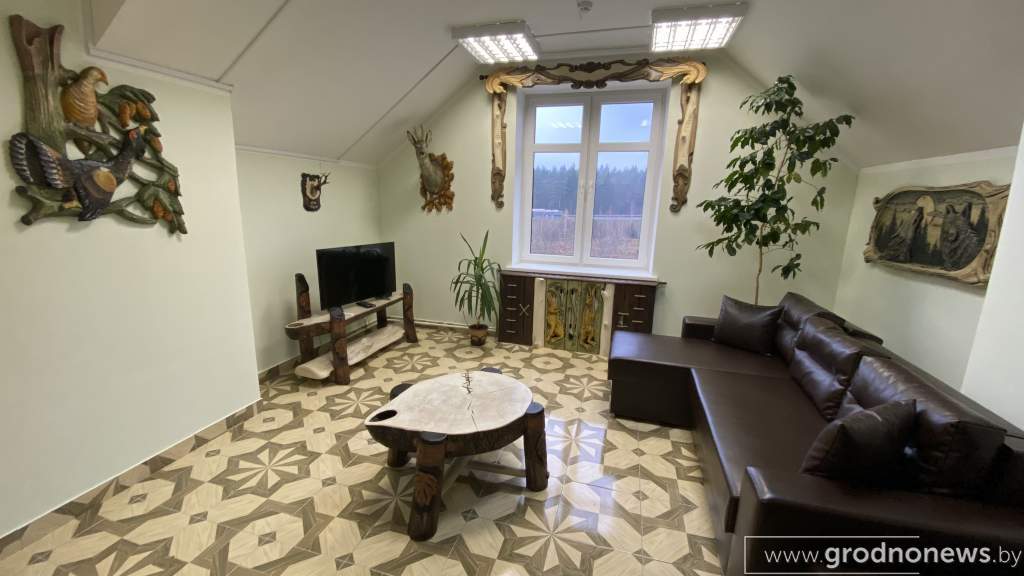 It is worth to visit Zamkovaya just to have a walk, get some fresh air and take the best photos in the arboretum. It was founded about 10 years ago, and every year, as it grows, it becomes more and more interesting. Its total area is approximately 8 hectares. They are occupied by 34 species of trees and shrubs. Some of them were grown here, some were brought from other forestry enterprises. Pines, spruces, lindens, birches, familiar to our area, coexist here with exotics and the trees which are not too familiar to us, although they are found in our country. Some examples of them are cedar, hazelnuts, fir, sumac, a dozen varieties of willows and many others. 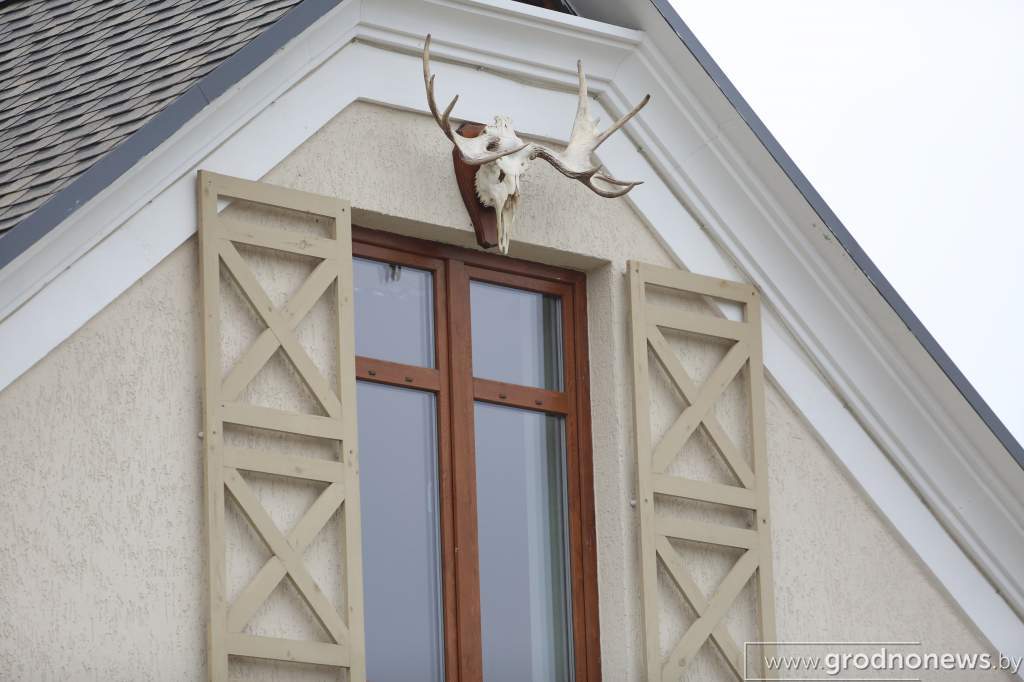 Paths, well-groomed territory, interesting relief – all this attracts vacationers in the arboretum. Moreover, it is easy to get here even without a car, for example, by bike. Frequent guests and newlyweds love this place for the possibility to take beautiful photos. 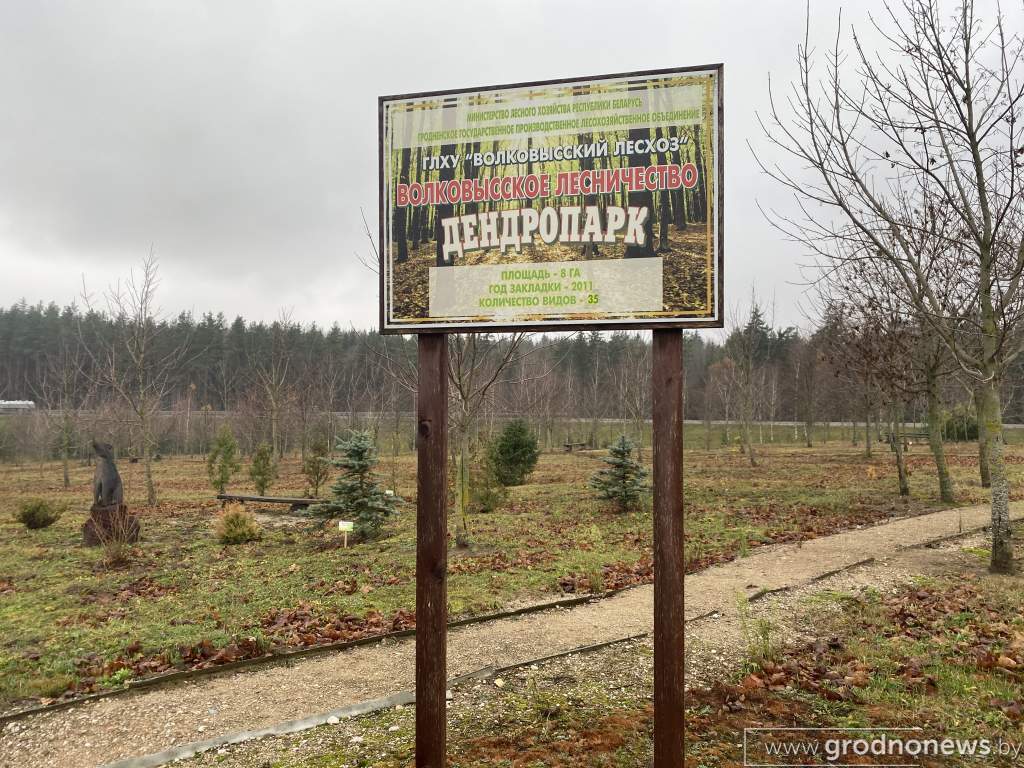 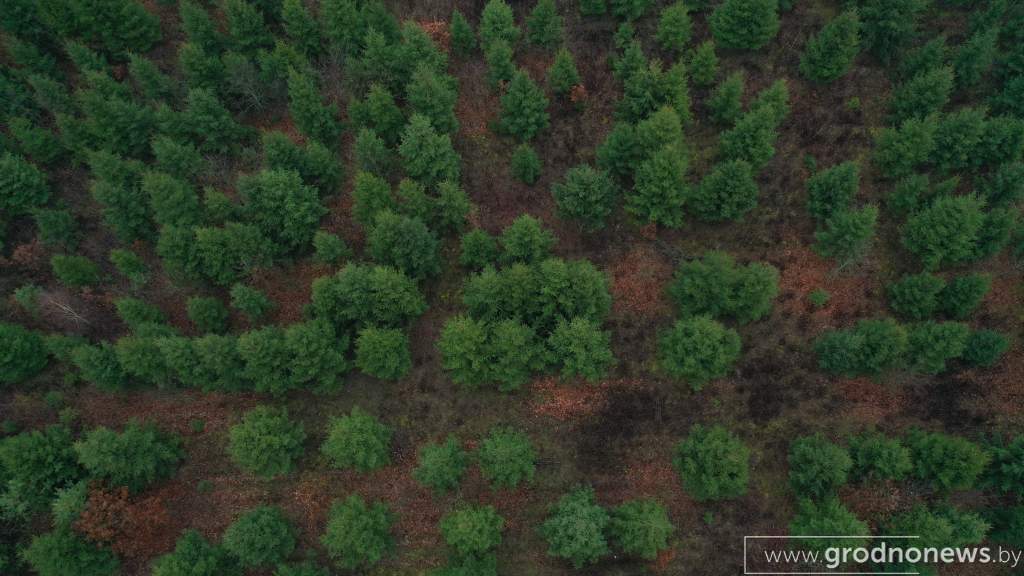 What you need to know before getting vaccinated against coronavirus

What you need to know before getting vaccinated against coronavirus What to prepare for those who decided to inject? The