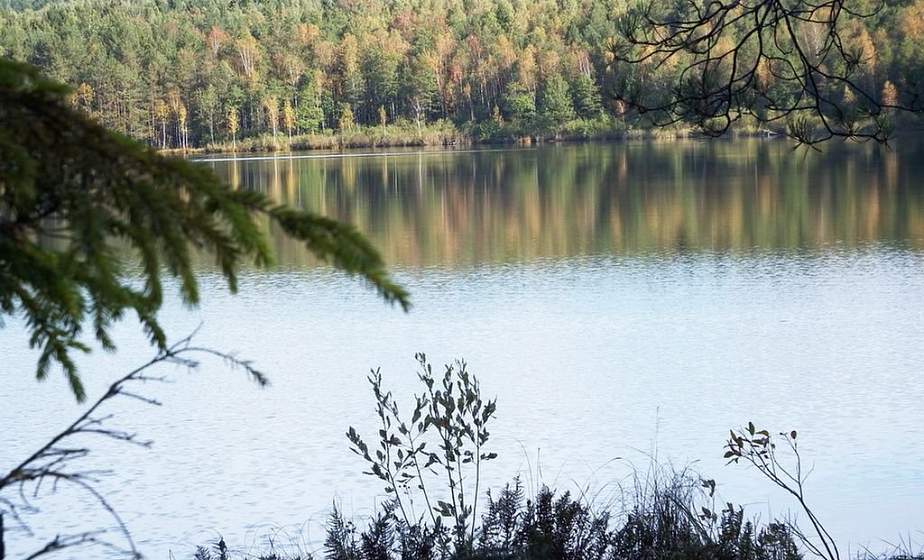 The youngest in the Grodno region republican wetland reserve «White Moss» was announced on an area of ​​887.55 hectares in the Ostrovets district in 2015.

It was created to preserve valuable forest and swamp ecological systems, rare biotopes, populations of wild animals and valuable plants in their natural state, included in the Red Book of Belarus. The reserve is located in the Belarusian-Lithuanian borderland, therefore tourist routes do not pass through it, and you can get here only with a pass. 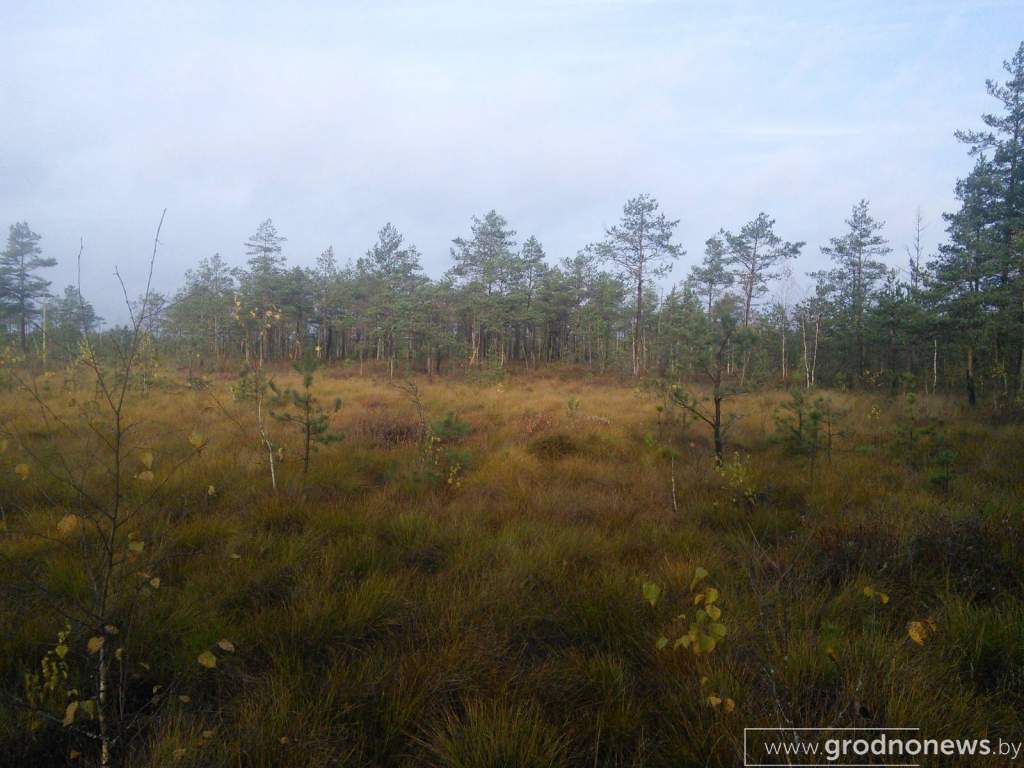 «White Moss» is considered the most prosperous wildlife sanctuary in the region: the entrance to outsiders is closed. The territory is inaccessible, runs along the very Belarusian-Lithuanian border, and therefore plants and animals feel like full owners here and are not stressed from meeting intruders. A special environmental regime operates both by law and by territorial location. 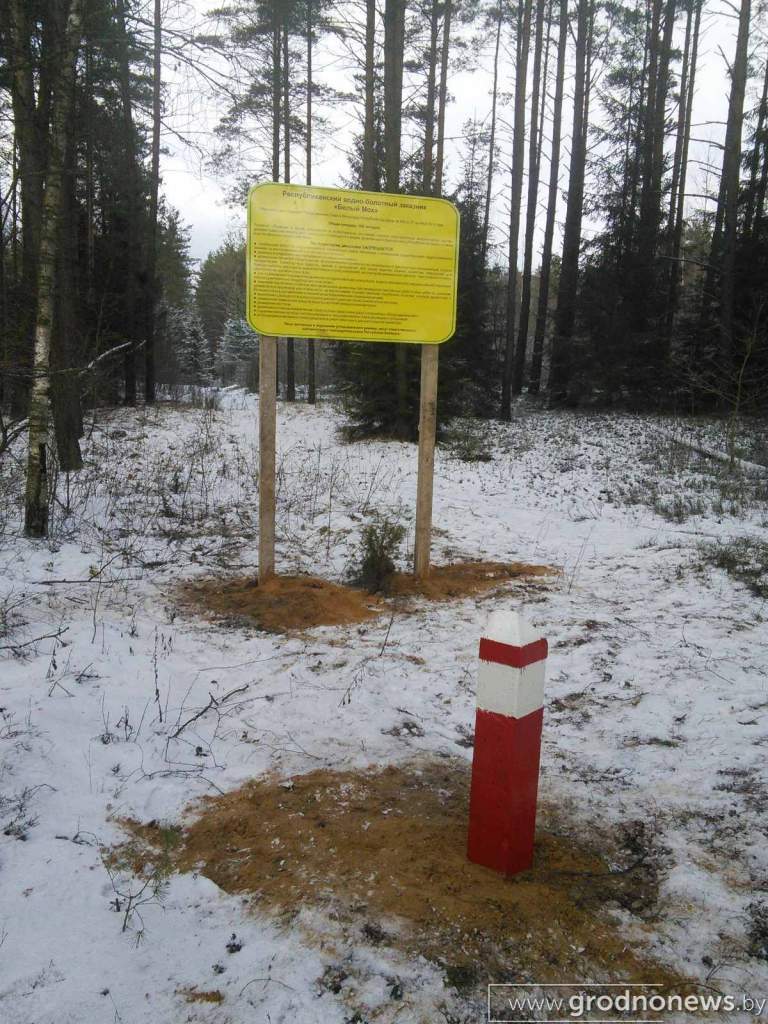 — Why the reserve is called «White Moss», it is not difficult to guess, says Nikolay Solovey, the forester of the Kemelishkovsky forestry of the Ostrovets experimental forestry — In the middle of the forest, in the swamps  everywhere there are areas covered with a carpet of white moss, which is sphagnum. He is the chief architect of the raised bog and creates the bulk of the peat. A lot of cranberries grow on moss carpets.

Valuable biotopes were thoroughly investigated and studied by employees of the V.F. Kuprevich of the National Academy of Sciences and the Scientific and Practical Center of the National Academy of Sciences of Belarus for Bioresources. They identified sixteen types of biotopes in this territory, as well as three categories of especially valuable plant communities that have a high ecological value and serve as a reserve for wild plants and wild animals included in the Red Book of the Republic of Belarus. 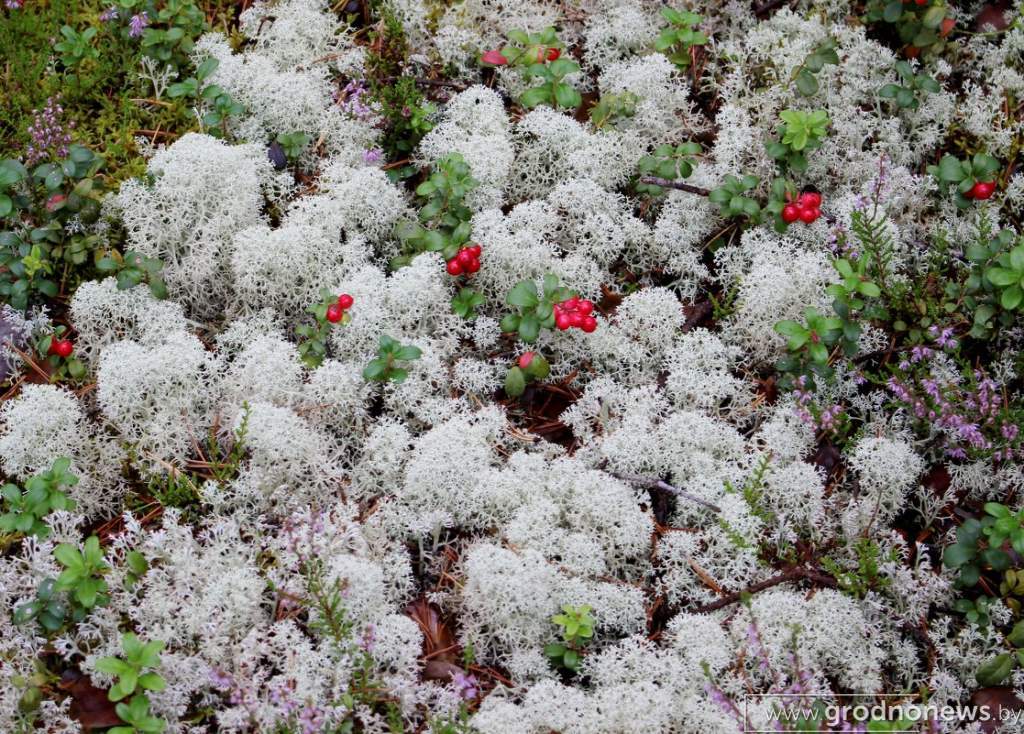 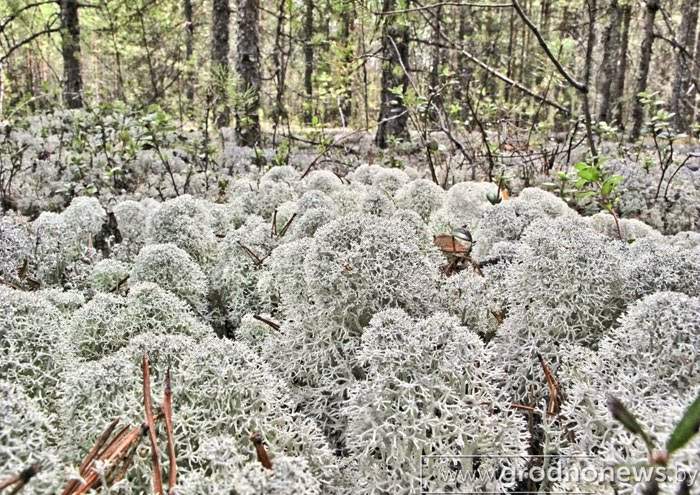 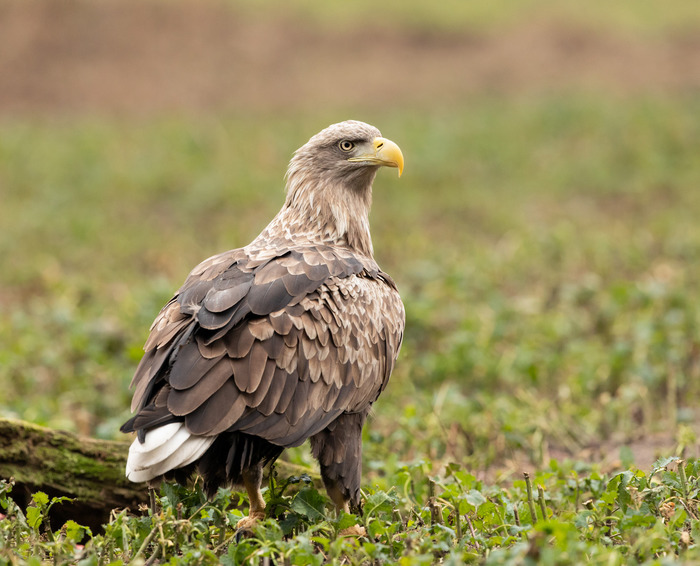 -This place is wild, remote, says MalafiyZubanov, a 95-year-old resident of the village of Yasen. — There were always a lot of wolves in the swamps, that’s why there were wolf pits. Few dared to go there, although the boletus grew there apparently ¬ invisibly. And everyone wondered why in a similar pine forest the moss was light green, but here it was completely light, almost white. 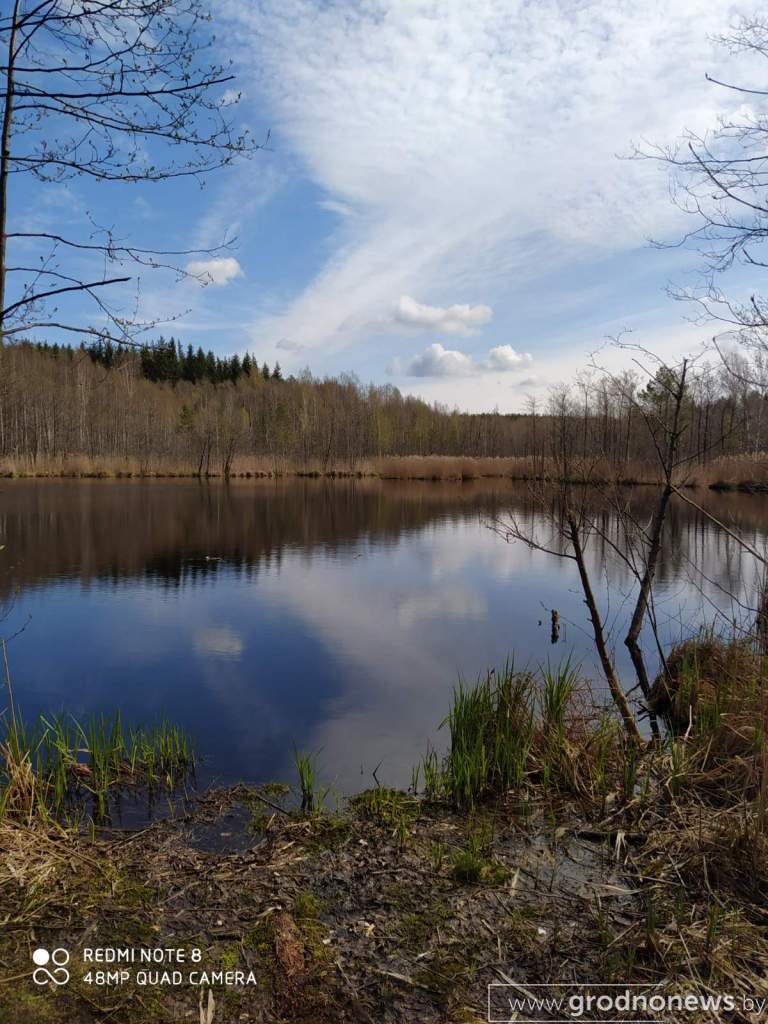 The librarian of the Podolsk rural library Vera Molokhvey, who used to work as a chemistry teacher at a local school, is happy to «educate» us:

— Sphagnum is unusual moss, differs from other bryophytes not only in structure, but also in color. He puts on a light green outfit when he is «drunk» to his heart’s content. Having dried, it becomes discolored, whitens, and therefore is popularly known as “white moss”. 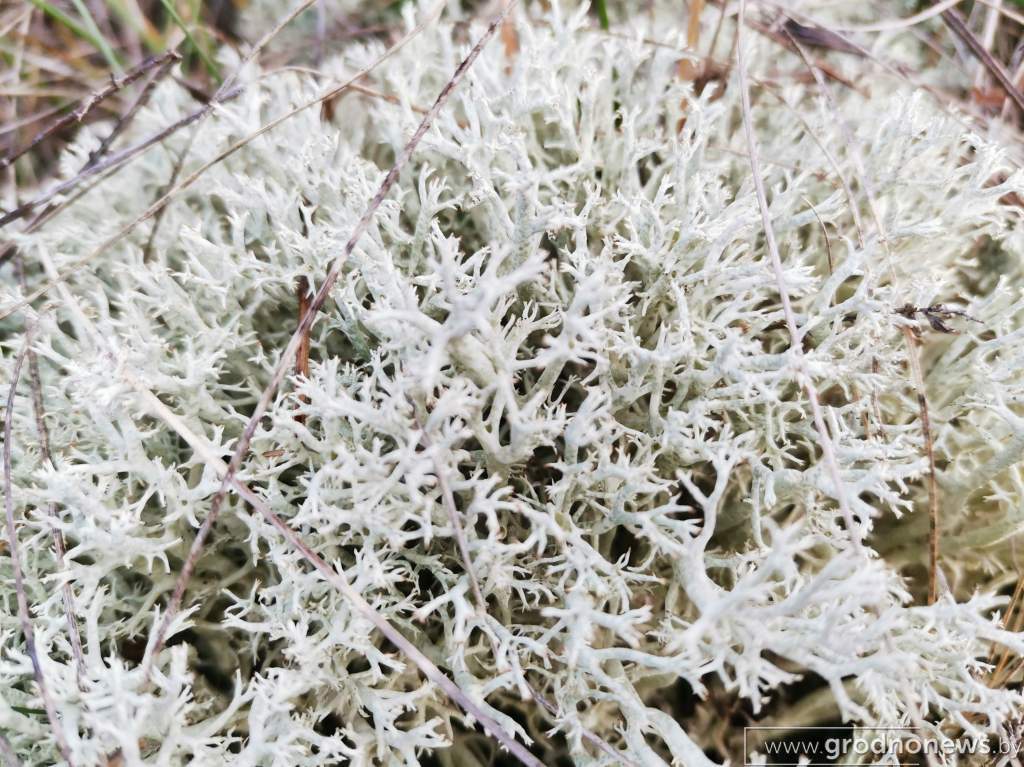 The nature reserve is adjacent to the picturesque Medino Lake with an area of ​​five hectares, which is abundant in fish.

There is an opinion that swamp waters should not be drunk: the sight of rusty water makes an unpleasant impression. But these concerns do not apply to the water of the raised bog. The presence of sphagnum makes it almost sterile.

Sphagnas are widespread throughout the globe, 42 species grow in the middle zone alone, and more than 300 in the world. Many mosses bear the names of scientists, the names of some reflect special signs or colors, habitats. These perennials form tussocks on raised bogs — pillows of different sizes. Among the mosses there are also inhabitants of forests and meadows. 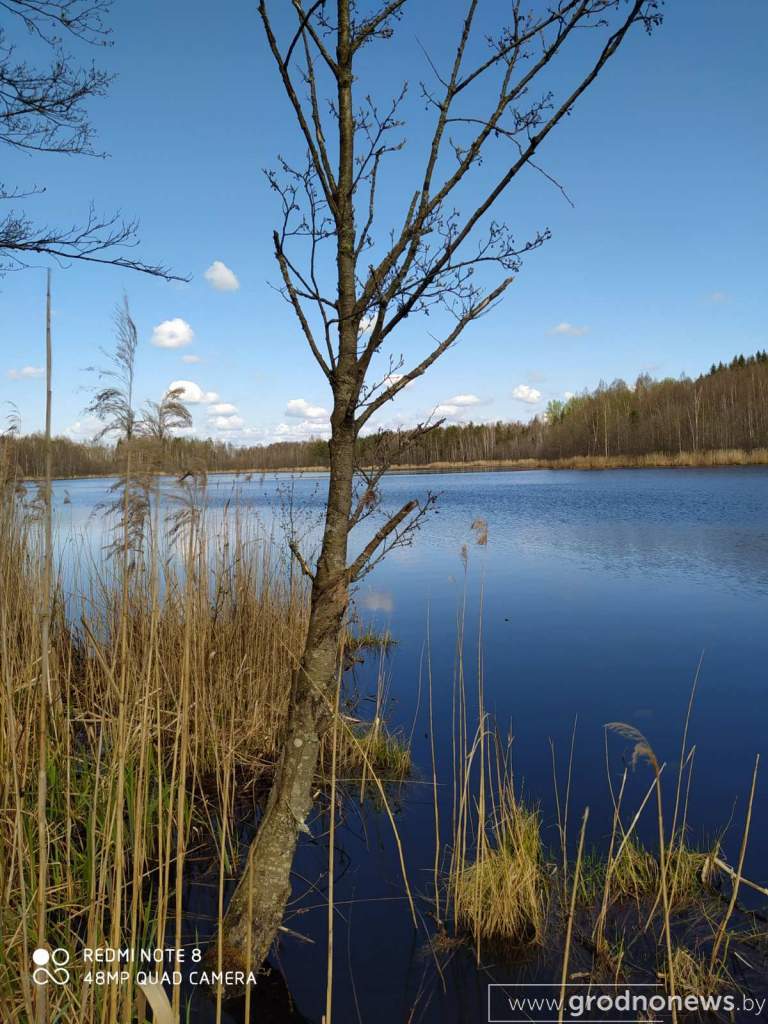 Sphagnas equally well tolerate both great dryness and a large amount of moisture, they absorb a huge amount of rainwater, no wonder the generic name comes from the Greek word «sphagnos» — sponge. By retaining moisture, the plant forms a sod with waterlogged soil. Just imagine: the water supply in a living plant is eight times its dry weight, which makes the thin, flexible stems too heavy in the absence of mechanical tissue. Therefore, sphagnum grow close to each other, forming carpets. And support each other, intertwining with twigs. This small moss is gradually replacing tall trees in vast territories, creating unique communities of plants, fungi and animals, forming swamps and maintaining the water balance on the planet.

It is also curious that the total length of its stem is more than 160 centimeters, and the average growth per year is less than a millimeter. Therefore, scientists estimate the age of the moss at about 2,000 years! 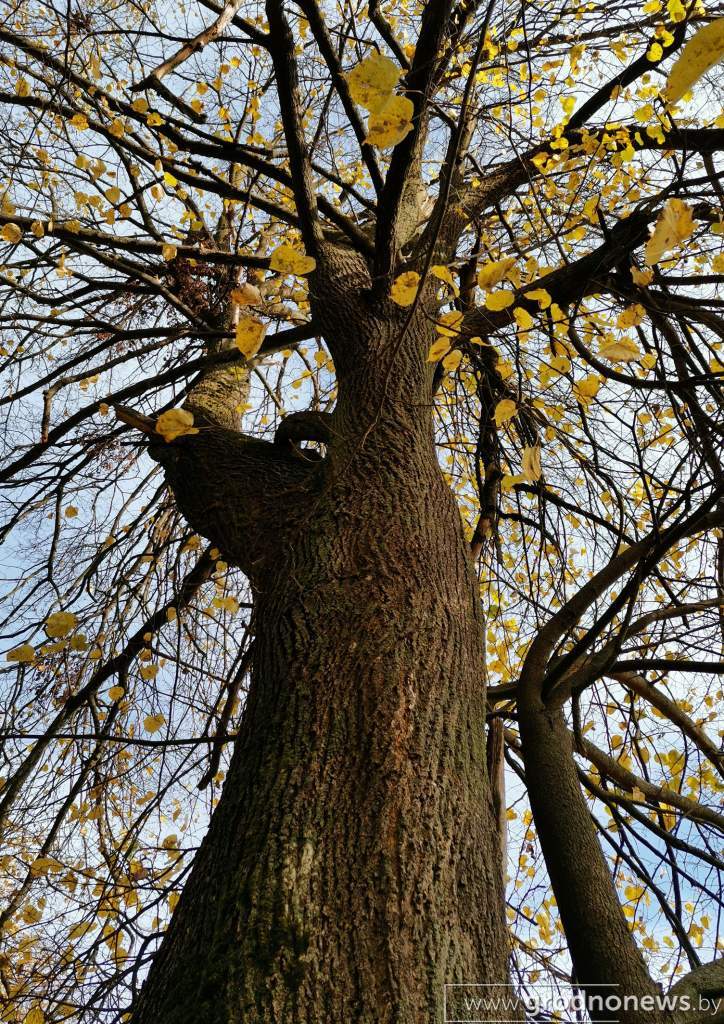 It is popularly believed that where cranberries grow, moss is healing. But in fact, it is healing everywhere. There are few microorganisms in the world before which sphagnum would be powerless. Strong antimicrobial and bactericidal properties made him a favorite of traditional medicine: in the treatment of ulcers and wounds, acute intestinal diseases, rheumatism. During wars, partisans escaped with moss as a dressing material; it replaced iodine. And by itself it is not susceptible to any diseases.

The Old Believer wooden church of the 18th century is surprisingly fit into the forest landscape — as if from a fairy tale. Its uniqueness is given by the combination of the Byzantine style with the features of the Vilna Baroque. The rectangular temple is covered with a gable roof. The pediment of the main facade is triangular, with decorative herringbone paneling. The low side galleries give the appearance of the basilica to the temple. The unsewn walls are decorated with carved cornices. The threshold was originally designed — a gable roof on wooden cantilever supports with struts …

The Trinity Old Believer Church, a unique example of wooden architecture, was built in the 18th century and rebuilt in 1910 for the money of the Russian Empire. 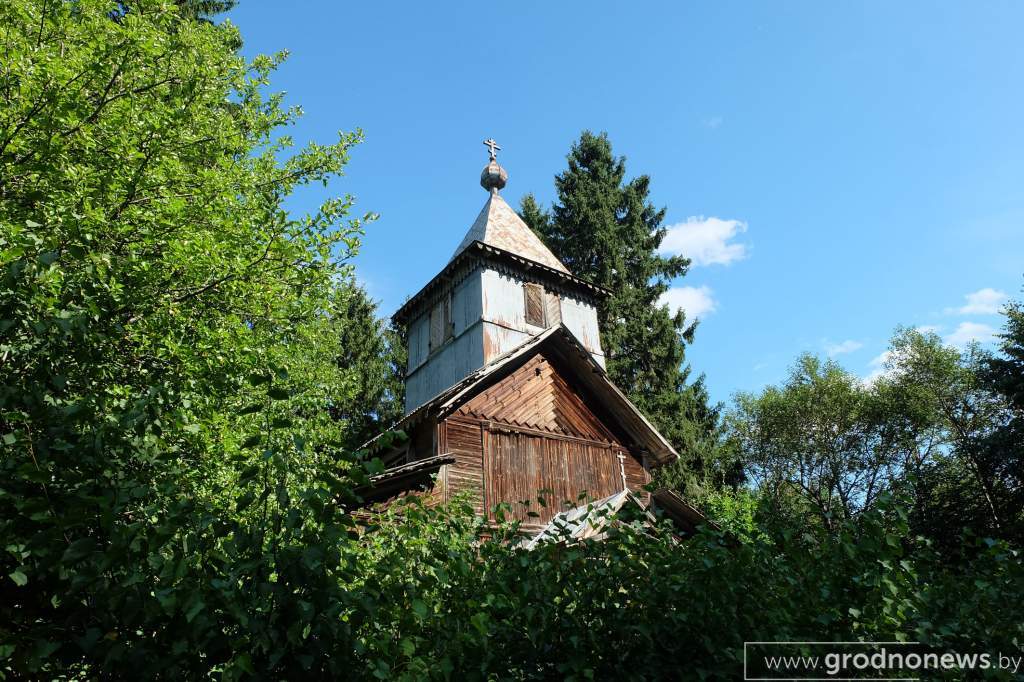 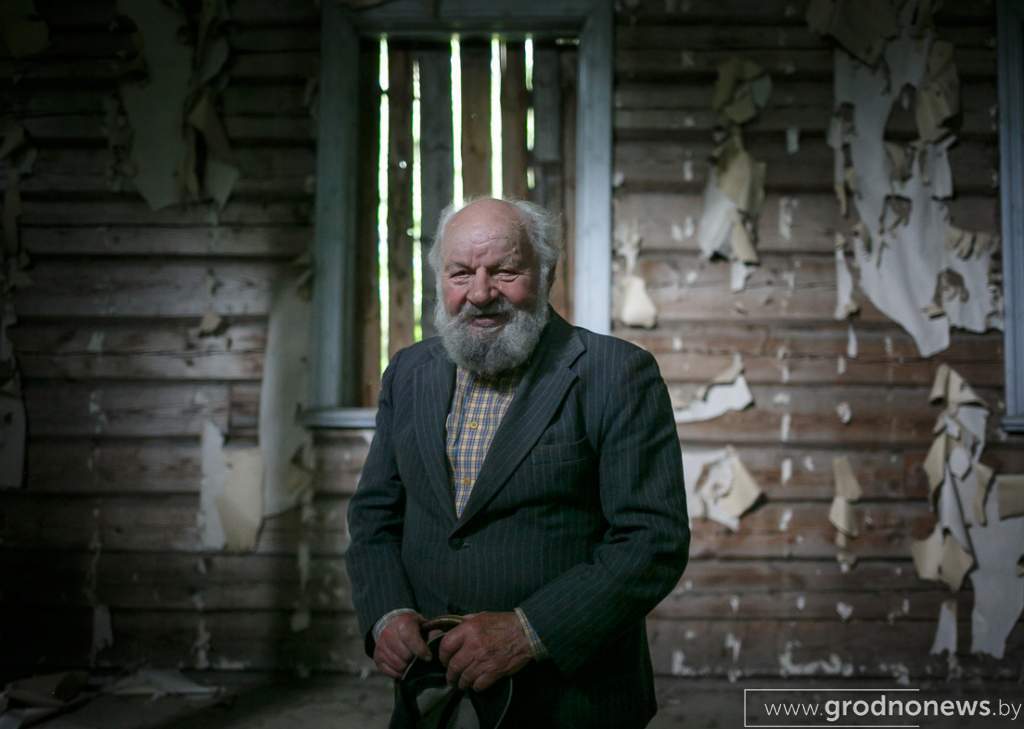 Grandfather Malaf, as the locals call him, was born in the village of Yasen, like his father and grandfather. But he considers himself Russian: his ancient ancestors once fled from the northern Russian lands in search of a land where they would not be persecuted for crossing themselves with two fingers instead of three. By what means the clan got to the Ostrovetchina, the villager does not know. Former history teacher of local lore Vladimir Ostapets, who studied this topic in the seventies of the last century, says that the ancestors of the Old Believers came from the Vetka — from there, at the request of theRussian Empire, they were driven out even during the Commonwealth.

The Old Believer Church operated until the death of the last local abbot in the 70s of the last century, then visiting priests held services for some time on Sundays and holidays, and in the 90s the community was divided by the state border between Belarus and Lithuania. Over time, the farmsteads of the Old Believers became empty, and the church was also empty. In 2017, the border strip, inside which there were no residents left, was fenced off with a high fence, so that without the employees of the Ostrovets frontier post, now you cannot get there. And the wooden Trinity Church of the Old Believers in the Stripishki tract received the status of a monument of history and culture of the third category. 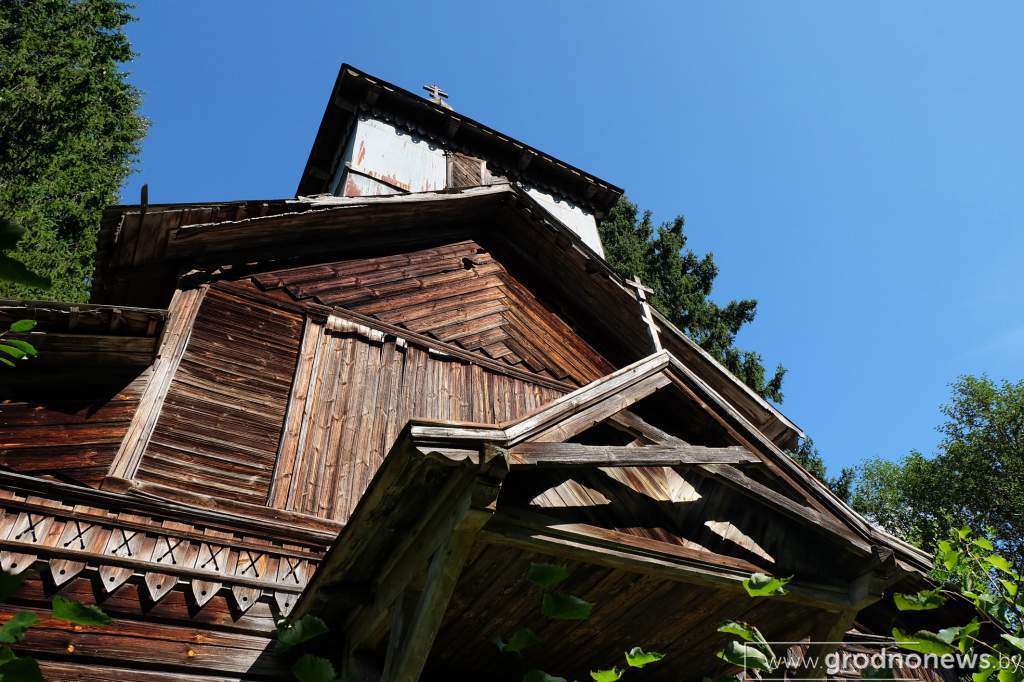 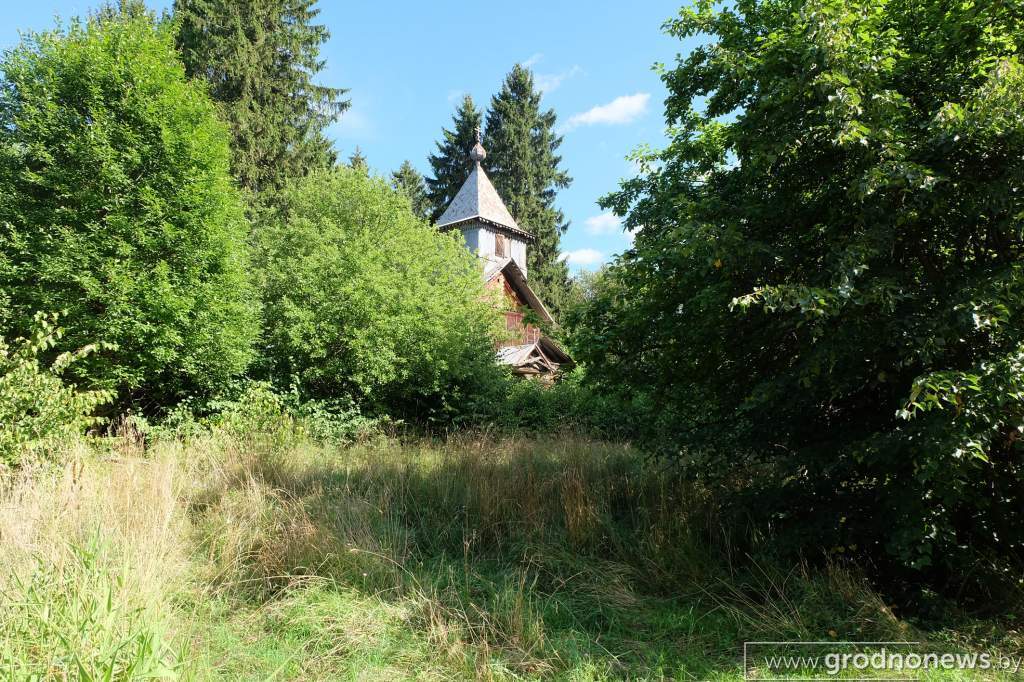 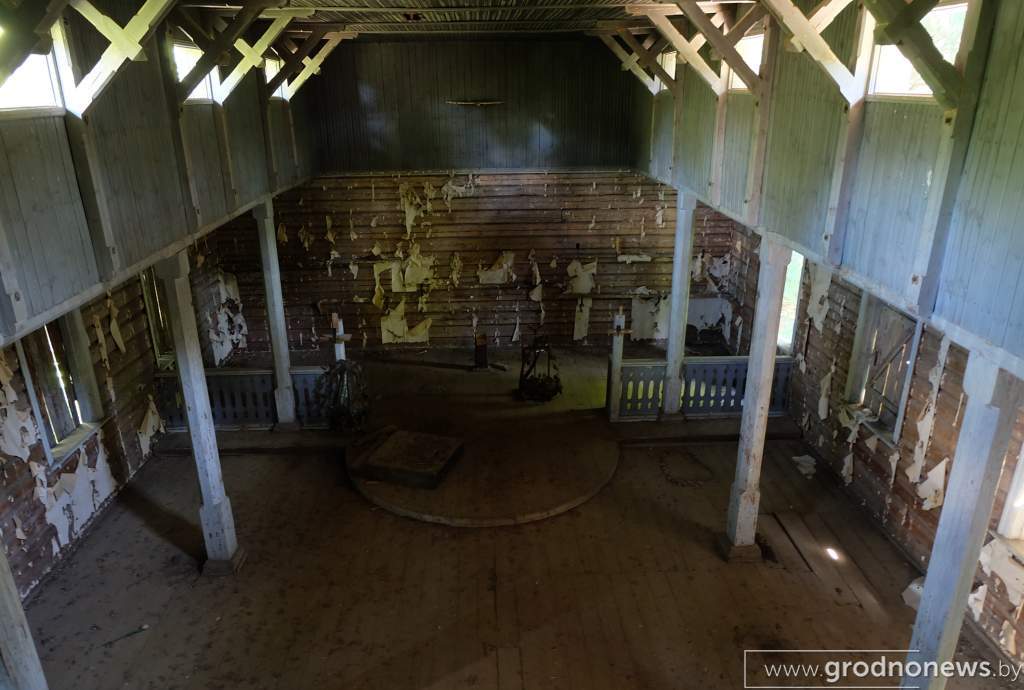 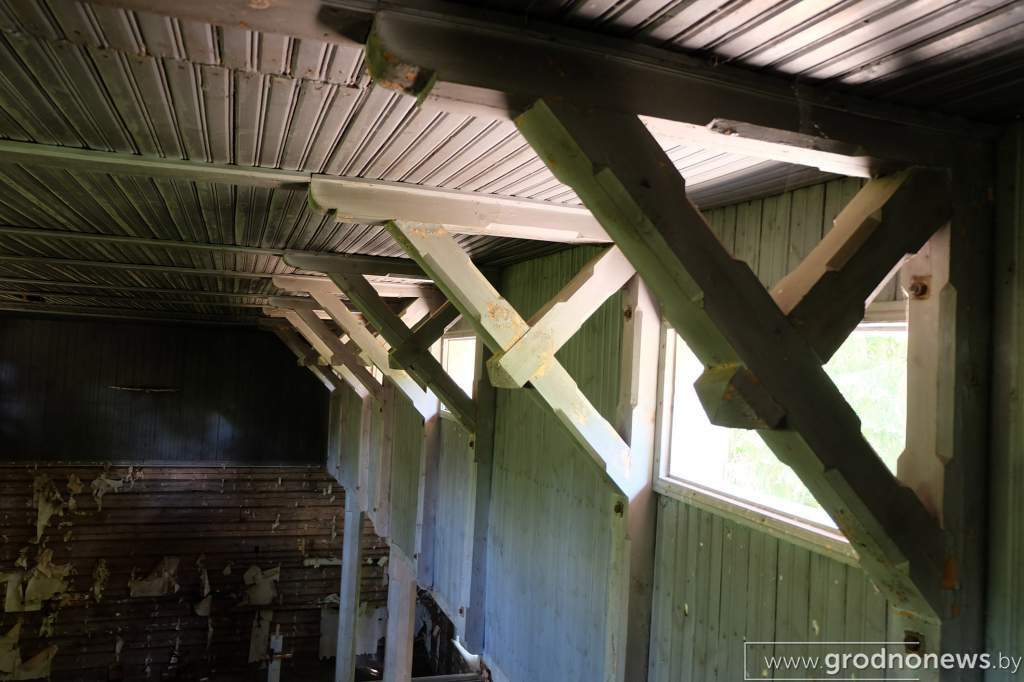 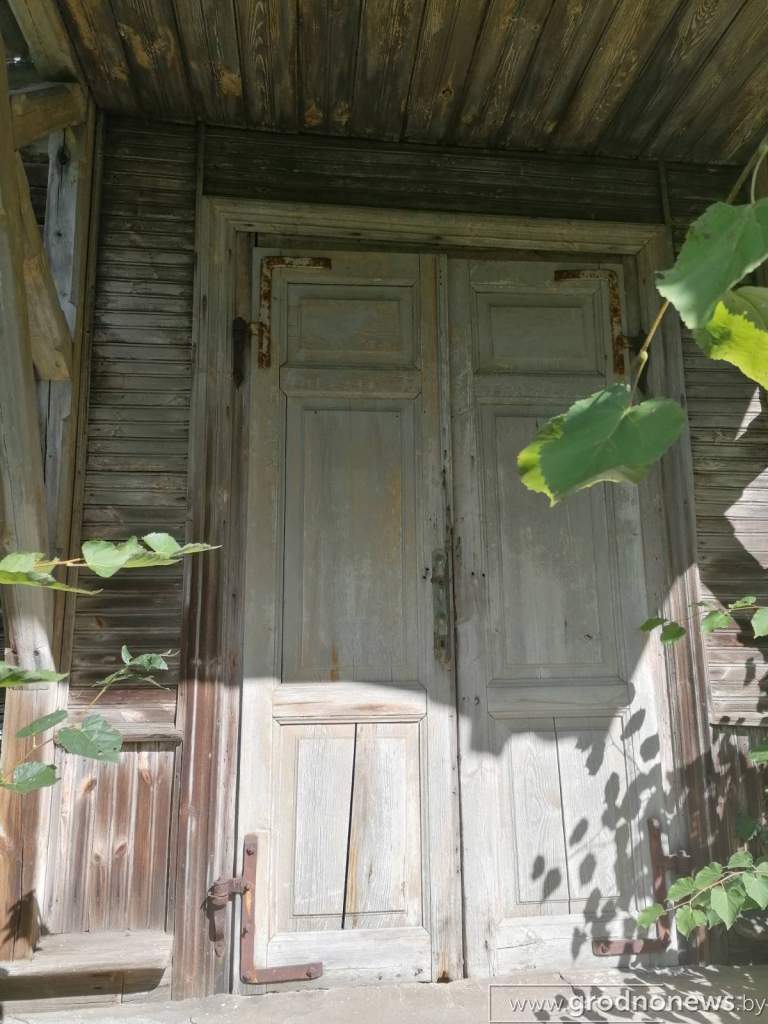 In addition to the nature reserves of republican significance «Sorochanskie lakes» and «White moss», there are two landscape reserves of local importance on the territory of the Ostrovets district. The regional landscape reserve «OzeroByk» is one of the deepest and most mysterious lakes in Belarus. It is not visited, as it is located in the border strip.

A school forestry was created on the basis of the Kotlovskoye forestry. Students conduct their own research and thoroughly study the ecosystem of the reserve. 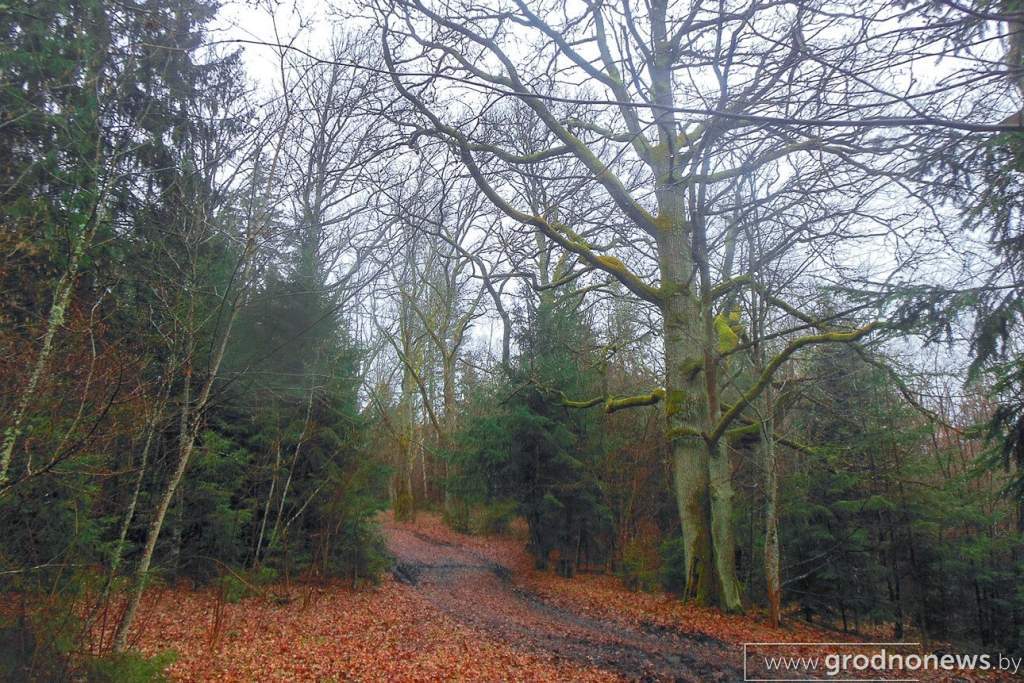 And the landscape geomorphological reserve «Sergeants» was created at the suggestion of the Institute of Geological Sciences of the National Academy of Sciences of Belarus near the villages of Palushi, Zadvorniki, and the farm of Sergeants. This is a reference glacier complex.

Time and events have left on the Ostrovets land the most unique monuments of nature and history, which delight and surprise, make it possible to feel like a part of this beauty, to feel the power of your own roots. Without exaggeration, it takes your breath away when you see these beautiful lakes, white mosses, untouched forests, majestic temples. They are the main gift we received from our ancestors, and the most important thing that we will pass on to new generations unchanged.